All in support of his latest album, Yo Hago Lo Que Me Da La Gana 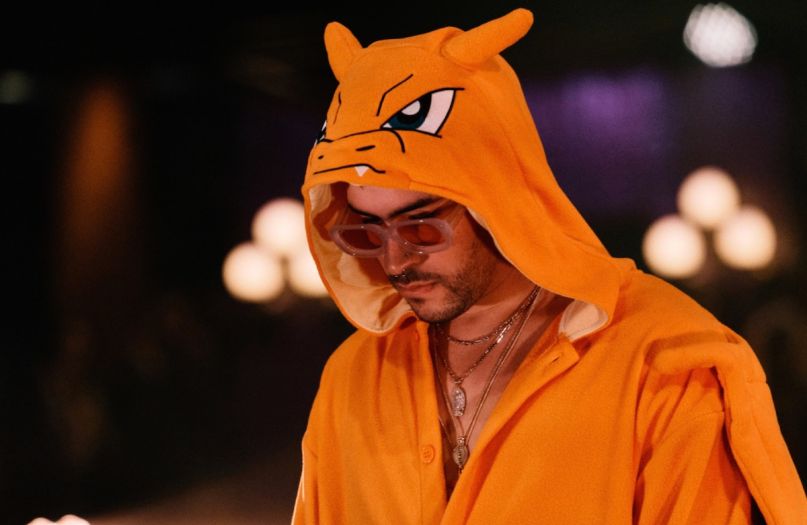 Latin Grammy winner Bad Bunny has been on an absolute tear these past few days.

Following the release of new album Yo Hago Lo Que Me Da La Gana (I Do What I Want) last week, the Puerto Rican artist made an appearance on The Late Late Show with James Corden on Tuesday. The late-night gig saw Bad Bunny perform “Pero Ya No” while sporting a fashionable Charizard (!) onesie. His outfit choice was inspired by a line in the song that goes “But, now I like another girl who lives by Bayamón/ You can’t catch me anymore, I’m not a Pokémon.”

Additionally, Bad Bunny has released not one, not two, but four music videos from YHLQMDLG: “La Difícil”, “Ignorantes”, “Si Veo a Tu Mamá”, and “Pero Ya No”. The latter two clips arrived in just the last 24 hours. (Clearly, the reggaeton star really does what he wants, when he wants.)

Below, find Bad Bunny’s Corden clip and all of his recent music videos.

Previous Story
of Montreal on How the ’80s Mirror Today
Next Story
Caleb Landry Jones Shares New Song “All I Am in You / The Big Worm”: Stream
Popular
More Stories
[fu-upload-form form_layout="media" title="Submit Your Photo"][input type="hidden" name="ugc" value="1"][/fu-upload-form]