From their first album in 14 years 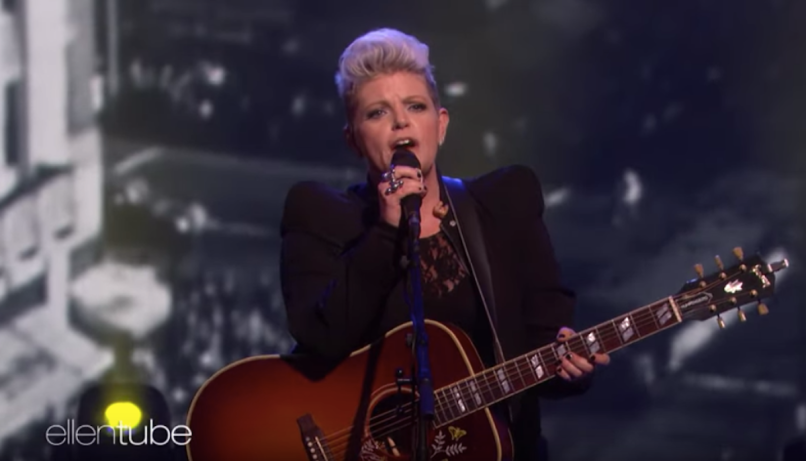 The comeback story of the year continues, as Dixie Chicks swung by Ellen to play their scathing new single “Gaslighter” live for the first time.

It was a simple, yet confident performance, with the trio spread out across the stage as their “Gaslighter” music video played on the screen behind them. The Chicks didn’t put much effort into the spectacle, the better to let the audience focus on the fiery lyrics. Check out the video below.

By coincidence, their appearance on The Ellen DeGeneres Show was filmed exactly 17 years since Dixie Chicks became infamously embroiled in controversy. During a 2003 London concert, frontwoman Natalie Maines criticized President George W. Bush and the Iraq War. Almost immediately the Chicks were blacklisted from country radio, called “Dixie Sluts” and “Saddam’s Angels”, and fans were encouraged to burn their CDs.

On Ellen, Maines spoke about what it meant to be one of the early targets of an emerging cancel culture, saying,

“I think we were one of the first people to feel that cancel culture. And I think what we said back then — or what I said back then — would not even be a thing today, because it’s really mild compared to what people say today. So on one hand, everyone has this platform where they can say whatever they want to say. But on the other hand, this platform can move really quickly and ruin people’s lives.”

Scroll onwards for the whole interview, as well as a game DeGeneres had them play called “Who Would Natalie Rather?”

The Dixie Chicks’ new album, and first in 14 years, is also titled Gaslighter and arrives May 1st.