Performed during Shires' "I So Lounging" livestream series 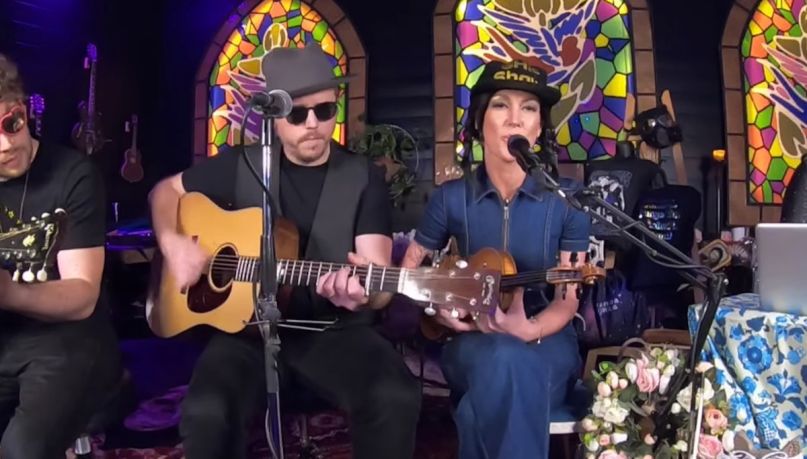 Jurassic Park star Sam Neill apparently wasn’t the only one revisiting Radiohead’s early records this past weekend. During a self-quarantine livestream, real-life couple Jason Isbell and Amanda Shires teamed up for a collaborative cover of The Bends classic “High and Dry”.

The joint rendition went down Saturday as part of Shires’ ongoing “I So Lounging” virtual concert series. “We’ve been promising a Radiohead cover all week long,” Shires said in the video, “so we’ve got one and it goes like this.” As to be expected from the two musicians, theirs was a more country-tinged take. Replay the performance below (scroll to the 6:17 mark).

Isbell & The 400 Unit, which includes Shires, have a new album called Reunions due out May 15th. He’s also promoting the project with an extensive tour, tickets for which can be purchased here. As for Shires, she and new supergroup The Highwomen put out their excellent self-titled debut LP, on which Isbell appeared, back in September.

The Bends celebrated its 25th anniversary this year. For more of Radiohead, check out their newly revealed full set from Best Kept Secret Festival 2017.

Because of the COVID-19 outbreak, more and more artists have launched livestreams in order to keep in touch with their fans. Head here for a full list of virtual concerts.