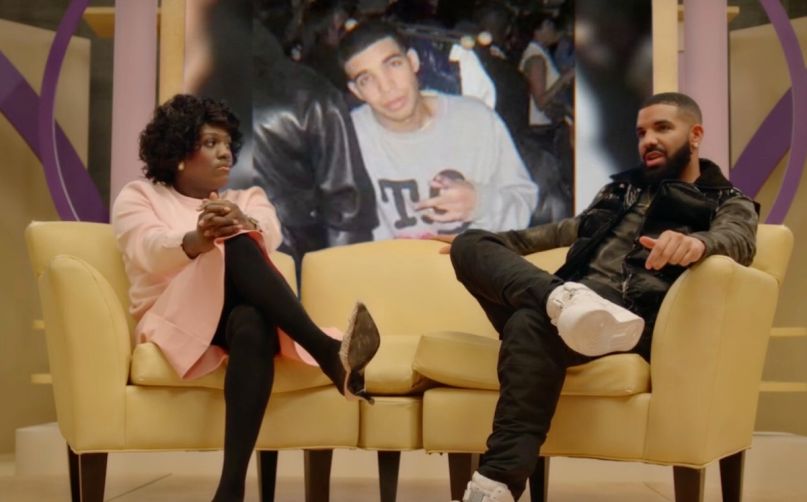 On the EarlOnTheBeat-produced track, Lil Yachty praises a love interest as a “diamond in the rough, you look as good as Oprah’s bank account.” Drizzy also mentions someone, uhh, special, referencing his now-infamous Madonna “kiss” during Coachella 2015. “I tongued down Madonna, ayy, do you need pajamas?” the Toronto MC says during his verse.

In the companion clip, Lil Yachty plays a version of Oprah (amusingly named “Boprah”) and brings on both Drake and DaBaby as his special daytime show guests. The topics of conversation include TikTok and the new generation of hip-hop acts.

During one exchange, Boprah asks Drake for his opinion on mumble rap. “I think it’s amazing,” Drake says, his Degrassi acting skills in full view. “Literally, writing nursery rhymes that nobody can understand. I think it’s progressive and innovative.” Watch the full video below, which clocks in at almost 10 (!) minutes.

“Oprah’s Bank Account” comes on the fourth anniversary of Lil Yachty’s debut mixtape, Lil Boat, and serves a preview of his new album, Lil Boat 3. His last full-length came with Nuthin’ 2 Prove from 2018. More recently, he appeared in the video for Drake and Future’s “Life is Good” collaboration, as well as featured on Chance the Rapper’s “Atlanta House Freestyle”. Lil Yachty has some tour dates on the horizon, including a confirmed set at Rolling Loud Miami. Grab concert tickets here.