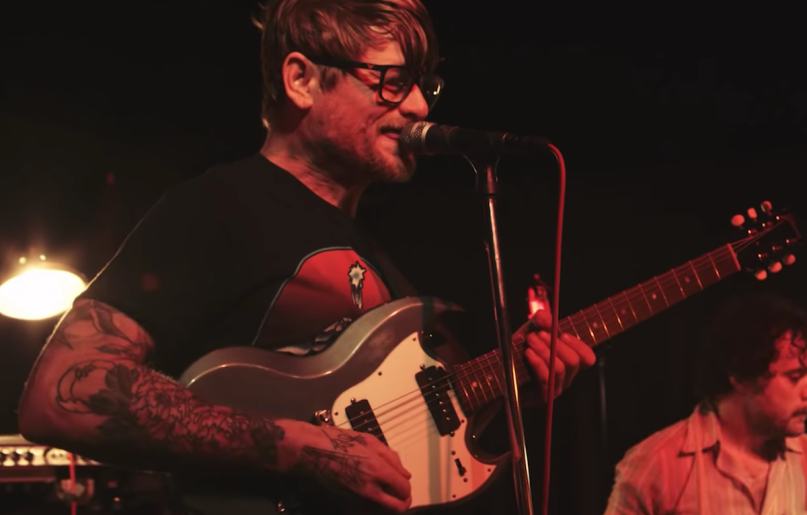 To keep preoccupied during these days of self-quarantine, musicians have been working on new music and livestreaming concerts online. The Oh Sees, being the garage rock titans that they are, have actually done both.

The California natives recently posted rehearsal footage of themselves performing songs from their forthcoming new album. Clocking in at nearly sixty minutes, it sees Oh Sees slicin’ and sweatin’ through what appears to be at least a dozen kick-ass songs.

The rehearsal session took place at Los Angeles venue Zebulon and was captured by director Brian Lee Hughes, cinematographer Brandon Kelly, and producer Enrique Tena Padilla. With all of the intimate close-up shots and tuning in between songs, the video pretty much amounts to your very own personal Oh Sees concert.

We also get our first glimpse of a slightly different version of Oh Sees. “Bearded John Dwyer is the next step of human evolution,” one Reddit user put it best. Watch the full rehearsal video below.

Castle Face Records, the label co-founded by Dwyer, hasn’t yet offered any details on the new album’s release date. Whenever it does drop, it will mark the prolific group’s follow-up to 2019’s Face Stabber. As of now, Oh Sees’ summer tour is still happening and you can snag tickets here.

Hey guys it’s me, ya boi. With everybody cooped up, we decided to put a little something together for the castle face YouTube on Friday. Keep your eyes and ears open.