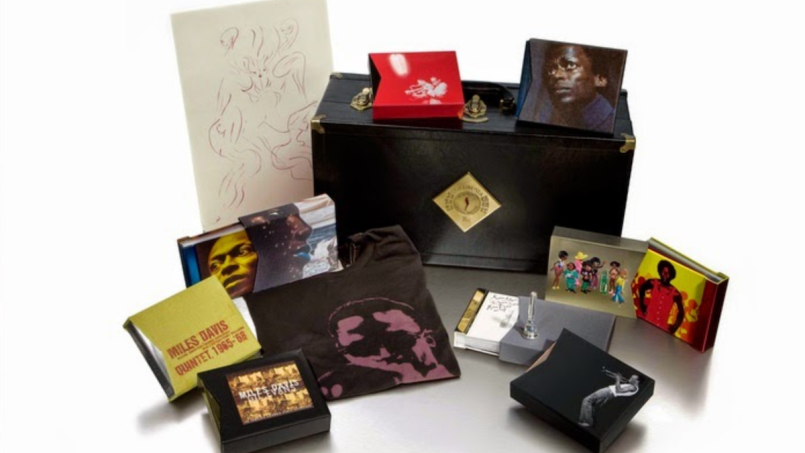 Miles Davis once said he changed the course of music “four of five times” over his decades-long career, and frankly, no one would dare argue the point. The legendary jazz trumpeter didn’t just alter the public perception of his own genre, but popular and avant-garde music at large. That’s why we’re celebrating the 50th anniversary of his classic 1970 album Bitches Brew by making it the focus of the next season of The Opus podcast.

Ahead of the new season’s premiere, we’re highlighting Davis’ legacy by giving away the massive Genius of Miles Davis box set. The 43-CD (!!) collection contains each entry in The Miles Davis Series, eight separate box sets released between 1996 and 2007. Together, they represent the first two decades of Davis’ landmark deal with Columbia Records, presented here in a replica of the artist’s own trumpet case limited to just 2,000 editions.

To win this incredible package, simply enter using the widget below. Note: If you do not see the widget, click here to enter.

Make sure to tune into the first episode of The Opus: Bitches Brew when it premieres later this week on March 12th with host Andy Bothwell, aka Astronautalis. Keep up with all the episodes by subscribing now. You can also revisit Mile Davis’ Bitches Brew via its legacy edition available on all major streaming services.

Previous Story
For Her 75th Birthday, Dolly Parton Wants to Be on the Cover of Playboy
Next Story
Eminem Gets Knocked Out by Mike Tyson in New “Godzilla” Video: Watch
Popular
More Stories
[fu-upload-form form_layout="media" title="Submit Your Photo"][input type="hidden" name="ugc" value="1"][/fu-upload-form]