"If it was up to Ozzy, we [would have been] doing shows six months ago" 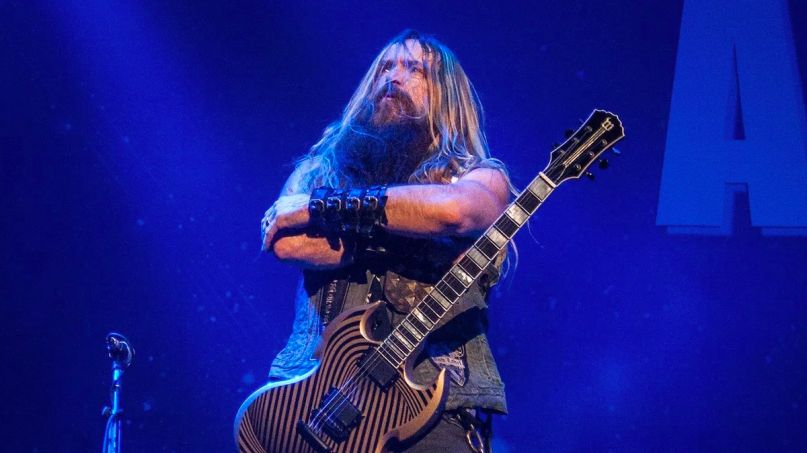 As Ozzy Osbourne’s touring guitarist, Zakk Wylde’s schedule has been turned upside down two years in a row. With Ozzy postponing all of his 2019 tour dates, and then canceling his 2020 North American tour, Wylde has been turning his attention to his other projects, including his own band, Black Label Society.

In a new interview with Billboard, Wylde said he’ll use the coming months to write and record a new Black Label Society album, the follow-up to 2018’s Grimmest Hits. The band is currently on tour through March 28th, and from there the focus will be on writing and recording new music.

“I’m going to do some writing, I guess, in April, and [in] May and [then in] June, we’ll [record] and have that one ready to roll,” Wylde revealed. “I don’t demo or stockpile shit. Never have. I’m not like Prince, where he’s recording stuff all the time. I just like to come up with a riff or an idea and be like, ‘Why don’t we track that one today?’ It’s like the beginning of a new season. It’s always fun.”

Wylde had rejoined Osbourne’s touring band a few years ago, and the “No More Tours 2” trek was off to a very successful start in 2018 before being derailed by Ozzy’s various health setbacks. As mentioned, Ozzy canceled his 2020 North American tour, which had already been rescheduled from last year. The metal legend will instead seek treatments for his battle with Parkinson’s disease, as well as continue to recover from a nasty fall last year.

Despite Ozzy’s health battles, Wylde is confident that the tour will eventually resume. “As far as with the boss, Ozzy’s taking his vitamins and hitting the iron, and just healing up and getting ready. And when he’s ready, we’ll roll,” remarked the guitarist.

Wylde is also working with his Black Sabbath tribute band, Zakk Sabbath, on a track-for-track version of Black Sabbath’s 1970 debut album. “I’ve been listening to that record since I was 11, 12 years old, and playing those songs since I started playing guitar,” said Wylde.