Fiona Apple’s Fetch the Bolt Cutters Is an Untethered Masterpiece

The songwriter unlocks her most challenging, raw, and liberating listen to date 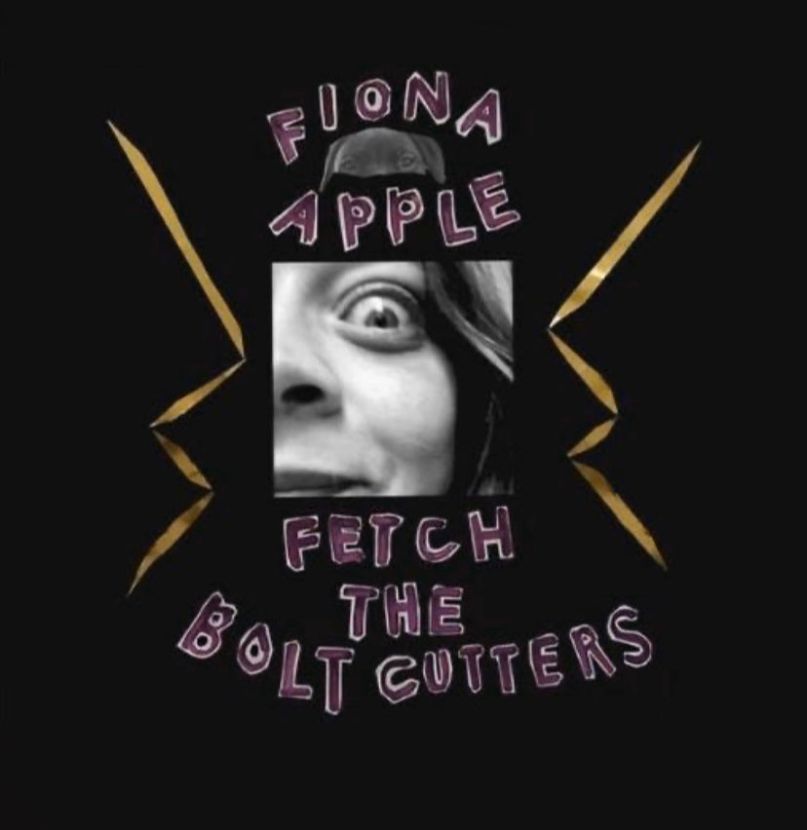 The Lowdown: There’s going to be a lot of digital ink spilled in the next 24 hours coining Fiona Apple’s new album, Fetch the Bolt Cutters, as a perfectly timed “quarantine LP.” By noon, someone you know will have tweeted: “‘Fetch the bolt cutters, I’ve been in here too long’ #same” with the shit-eating, self-assured grin only the promise of fake Internet points will get you. It’s an easy parallel to make when an all-but-reclusive artist steps into the spotlight to deliver her first record in eight years, one crammed with frenetic bursts of energy, each arrangement a lightning bug bouncing around its new, glassy prison. But it’s a shallow reading — low-hanging fruit for a critic eager to cram as many SEO keywords as they can into their opening lines.

Apple’s fifth sonic paragon is more than just music for your quarantine blues; it’s a prescient, mordant, and unyielding judgement day for the wicked world around us and a wild birth of urgent, unconventional sound all wrapped into one. By way of clanging pots, clapping hands, screams, shouts, and yes, barking dogs, Fiona Apple triumphantly returns with her most untethered, challenging, raw, and liberating listen to date.

The Good: For three nearly perfect albums, Fiona Apple has been gaining momentum, sprinting head-first into exploration of her own supremely unique, sophisticated capabilities in sound. The Idler Wheel… was Apple furiously launching from the springboard, somersaulting through the ears, hearts, and minds of listeners clinging to her caustic eloquence and gorgeous baroque arrangements. Fetch the Bolt Cutters is Apple sticking that landing. Not with quiet grace but a supreme “BANG!” that demands our full attention. “I’ve waited many years/ Every print I left upon the track has led me here,” she sings on opening track “I Want You to Love Me”.

It’s an opening track that perfectly exemplifies what makes Bolt Cutters succeed: an unflinching indictment of the perils that ail her (in this case, mortality and lust) paired with meticulously shaky vocal runs and incongruous arrangements. Apple sings herself hoarse, scats, and rhymes over the length of a thundering loop of Reichian 6/8. A composition ready to collapse at any moment somehow explodes into unexpected beauty instead. “While I’m in this body I want somebody to want.” It’s a grim and sobering message, but the darkness doesn’t stop there.

At times, Bolt Cutters transforms into a symphony of devastating body-horror punctuated by decidedly “Appleonnian” humor and wordplay. On “Racks”, she laments getting the runaround from a fellow musician, saying: “Check out that rack of his/ Look at that row of guitar necks/ I thought you would wail on me like you wail on them.” Apple’s wit in the face cruelty continues on “For Her”, a song that grew out of her intense displeasure with the Brett Kavanaugh hearings; she bastardizes the cheery standard “Good Morning” to recall sexual assault, singing: “Well, good mornin’, good mornin’, you raped me in the same bed your daughter was born in.” The composition itself begins with a metered clapping, double dutch-style rhyme that eventually finds middle ground in blues on the lines “Never showing weakness unless it’s a ward’s season / It’s the season of the ward” only to erupt into an angelic chorus.

In continuing to break new personal ground, Bolt Cutters showcases Apple’s first songs about women — from jealousy to admiration. The album’s second track, “Shameika”, recalls encouragement from a middle-school classmate (“Shameika said I had potential”) in the face of relentless bullies that has stuck with her and stayed the course. On songs like “Newspaper” and “Ladies”, she sings about feeling odd kinship to an ex-partner’s new girl: “I watch him walk over, talk over, be mean to you, and it makes me feel close to you”.

The Bad: In both lyrics and in sound, the record demands repeat passes and is bound to be polarizing for those looking for something pop-perfect and full of convention. For the uninitiated and the uncommitted alike, Apple’s homegrown percussion could feel overwhelming and anxiety-inducing. What do you expect from an album featuring drum lines tapped out on the box containing her dead dog’s bones?

The Verdict: Let’s not sugarcoat it. This is not an easy listen. Yet, for those willing to give it the attention it deserves, Bolt Cutters delivers a much-needed auditory exercise for the sequestered masses and surely one of the best albums to grace us in 2020. Eight long years later, Fiona Apple proves her return was worth every second in waiting.

Essential Songs: “I Want You to Love Me”, “Shameika”, and “Fetch the Bolt Cutters”