Plus, Bird's "Live From the Great Room" concert series is now available on YouTube 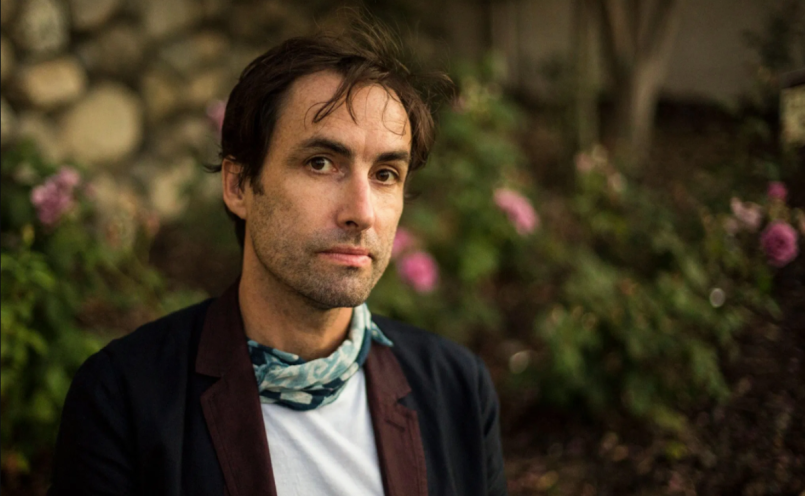 Andrew Bird has unveiled “Capital Crimes”, a new single that finds the songwriter asking America, “Where’s the shame?” Bird has also announced that his ongoing three-year-old concert series Live from the Great Room has finally come to YouTube.

“We’re a fine institution,” Bird begins on “Capital Crimes”. “We’re using a test to decide/ Like some kind of sick solution/ Who should live and who should die.” The six-and-a-half minute song contains three distinct musical movements: an acoustic guitar intro, a funky middle-section built around a strutting bass line and the “Where’s the shame?” refrain, and a dramatic instrumental finish featuring anxious finger-picked violins and a wailing fiddle solo.

In a statement, Bird said he wrote “Capital Crimes” over a year ago as an outlet to question capital punishment. But as time has gone on, the lyrics keep resonating in different ways. Now, according to Bird, the song reminds him of some of the rhetoric around the COVID-19 pandemic. He explained,

“Lately we find ourselves having these moral arguments, these false choice fallacies that older citizens should sacrifice themselves for the sake of the economy. The government exists to protect and care for its citizens especially those who are most vulnerable, not decide who should be sacrificed. I hope the song handles the issue more eloquently than my prose here. ‘If I let go of your hand it would be murder’ — the things that hold our society together are not really institutions and laws but everyday humanity and compassion. An acceptance that we are all in this together.  I thought this was a single-issue song until Matthew Siskin put this video together and made me realize that it’s far more universal than I thought.”

Siskin’s accompanying music video takes on the prison industrial complex while comparing it to the treatment of zoo animals. Captives of all species are seen reaching through bars, anxiously pacing their cells, or hiding their faces from prying eyes. It’s not an easy watch, but it certainly lends weight to Bird’s repeated question. Check out “Capital Crimes” below.

Additionally, Bird’s Live from the Great Room concert series, which he launched from his living room in 2016, has finally arrived on YouTube. Over the years, Bird has played intimate streaming concerts with the likes of The National’s Matt Beringer, Fiona Apple, Jim James of My Morning Jacket, and more. In total, Bird has filmed 28 such performances, and the first 14 are now in one convenient place. The rest will be added in the coming weeks.

Thematically, “Capital Crimes” fits into the politically-probing songs that Bird explored on his latest album, 2019’s My Finest Work Yet. It was a busy year for Andrew Bird, and last November he released the holiday-themed EP Hark! Next up, he’s set to star in Season 4 of Fargo, although production has been indefinitely postponed over coronavirus concerns.

As for his headlining tour, those spring dates aren’t looking too corona-viable, but his summer trek with Calexico and Iron & Wine is still on for now. Tickets to all of his shows are available here.