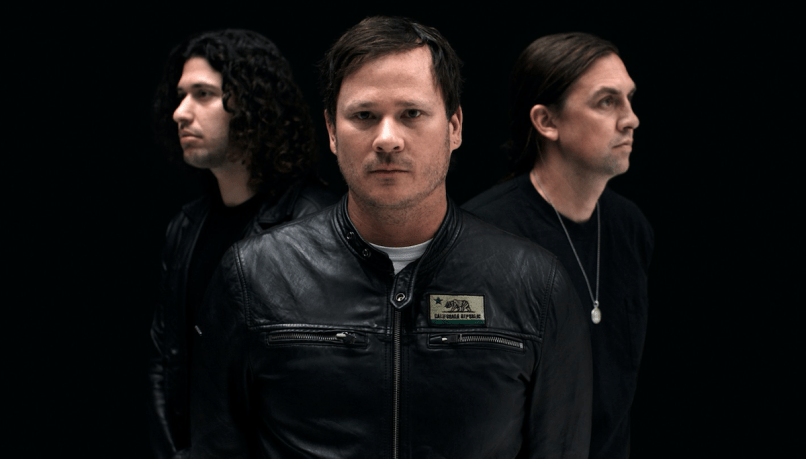 Angel & Airwaves are self-quarantining like the rest of us, but they refuse to let the pandemic crush their positivity. To help spread this optimism, the trio has shared a new single called “All That’s Left is Love” via Rise Records. Take a listen below.

“As we are all stuck at home and watching these unfortunate world events unfold, we couldn’t help but notice little glimmers of light showing across the globe, revealing the positive side of humanity that sometimes gets lost in our day-to-day lives,” Tom DeLonge & co. wrote on Facebook ahead of the song’s release. “That, ULTIMATELY, is what this band has been about since day 1 – HOPE. With all of that in mind, we decided to channel our feelings into a song.” All proceeds from the new track will benefit Feeding America.

In a statement posted on Twitter last week, UFO expert DeLonge also offered an update on the group’s future plans during this uncertain time. The alternative rockers were forced to cancel their upcoming May and June tour dates, but do plan on still releasing a new album — though maybe not as soon as expected.

“We look forward to coming out with this new album when the time is right (as it is almost done) and after things get back to normal our touring will start up once again across the world to help spread the message that this band has stood for 13 years… hope,” he said. Presumably today’s single, as well as last year’s “Kiss & Tell” and “Rebel Girl”, will appear on their first LP since 2014.

Revisit DeLonge’s recent appearance on our podcast Kyle Meredith With…, during which he discussed the influence of Bikini Kill, The Cure, and U2 on Angel & Airwaves’ music.