Beyond the Boys’ Club: Diamante 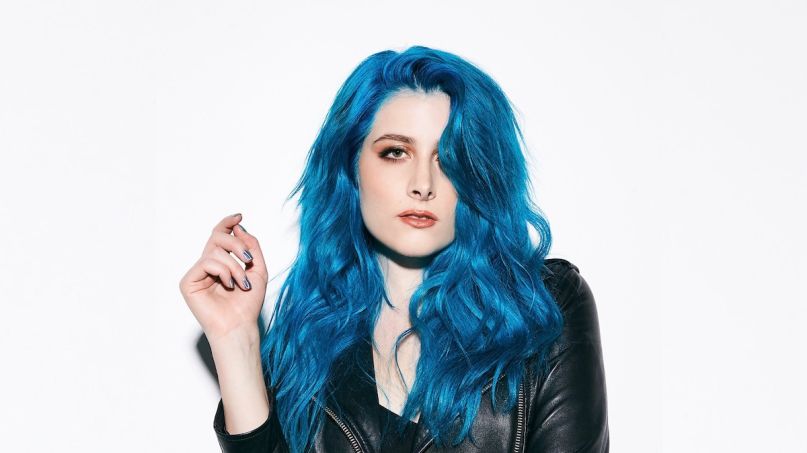 Beyond the Boys’ Club is a monthly column from journalist and radio host Anne Erickson, focusing on women in the heavy music genres, as they offer their perspectives on the music industry and discuss their personal experiences. This month’s piece features an interview with rock singer Diamante.

In 2018, Diamante released her debut album, Coming in Hot, which featured a bold, anthemic and very catchy rock sound. She spent the next couple years touring the world with everyone from Breaking Benjamin to New Years Day, and solidifying a strong fan base. She also appeared as a featured vocalist on Bad Wolves’ Top 5 rock hit “Hear Me Now”.


Now, Diamante is ready for a new chapter in her career. In January, Diamante announced she was parting ways with her record label and going independent. Her first indie single, “Obvious”, is out now, and a full-length album is on the way later this year.

Diamante recently spoke with Heavy Consequence for the latest “Beyond the Boys’ Club” column, discussing her new music, life as an independent artist, what advice she offers young women looking to get into the music world, and more. Read the full interview below.

On her new single, “Obvious,” and why she picked it to launch this new, independent phase in her career

“Obvious” is a song I’ve had for a year now. I wrote it last February, and I always knew it was special. I always kept coming back to it, time and time again, and the few people I would show it to and play it for loved the song. It felt really honest and like something I hadn’t put it out before. Also, I write and record with [producer] Howard Benson and with Neil Sanderson of Three Days Grace, and they also thought it should be the first one out there, so it felt right to make “Obvious” the first single.

On the inspiration behind “Obvious”

It was about a really bad heartbreak I went through about wanting to be with someone and seeing that no mater what you do, you’re never good enough. It’s about watching them slip away for someone else, and it’s out of your control, and it’s sad and gradual and helpless. I’ve never been that vulnerable before. Every heartbreak song I wrote before was, “I’m hurting so bad, but you’re going to regret this!” With this, there’s no turnaround. There’s this feeling that there’s nothing you can do to keep them.

On the central themes of her new music

With the new music, I’m trying to write from a place where maybe in that moment, there is no light at the end of the tunnel, and that’s okay. It happens a lot, where at the time, there is no happy spot. It happens to a lot of people, and I wanted to write something that people could relate to.

On her songwriting process

I try to write as much as possible, because you never knew when lightning will strike. I think I’ve always written 50 songs for the second album! It takes a while to really get to the core of an album. You have to go through a lot of phases and wrong turns, and then you find something magical.

On the release timeline of her new music

The initial plan was to release music as frequently as possible. Now that I’m independent, I have the freedom to do that. For the last four of five years, I had no say in what music was coming out and who I could work with, and now it’s brand new territory. So, I wanted to release a new song every month, or around that. The acoustic song just came out, and next month, I have another song, and it’s all leading up to a full album. I want this to be an introduction to who I am as a person.

On the freedom of being an independent artist

There are pros and cons. For me, knowing I get to decide which songs come out and when they come out, which is something I’m doing with new album, is key. And on this album, I want to have as many as features as possible — even ones that transcend the rock genre. If I was still on my rock label, that probably wouldn’t happen. It’s cool to branch out and think outside the box. But, when you’re independent, you have to be your own A&R and be objective about your own music. Sometimes, it’s hard to see from the outside, so having a third party can make that difference.

I’m excited to have people see the growth. When I wrote the first album, I wasn’t touring or playing live shows, and when I did go on tour and toured that album, I realized the live the music is much heavier. A lot of fans would tell me, “Wow, I liked the stuff online, but I had no idea you would rock so hard live!” That’s something I’m bringing to the new album: that live energy. What’s so fun about releasing things one at a time is that I can do it in a cryptic way at first and drop hints, and fans can guess, and it feels like a family.

When I first started in rock, I was 17. I was a baby! I always felt like it was hard enough feeling like you need to prove yourself more and to be taken seriously at 17, and then being a woman was another thing. So, the age thing was a factor and being a woman. I remember the beginning being really tough and having to work hard to even be taken seriously at all. Now, I’ve noticed there’s a great wave of empowerment among the women in rock, and it’s cool to see. You go on tours with these male bands, and in my experience, everyone is really supportive of it. It’s awesome to see that, because women have been prevalent in rock since forever — from Joan Jett to Stevie Nicks to so many more. It’s cool to see this second wave. I’m calling it a second wave, because that’s what it feels like.

For the most part, it’s been a good experience for me, and I do see more of an embracing of women in the rock scene, especially with the fans. They’re seeing more of us. But, I’ve had experiences where people have said no to me being on tour, because I’m a woman, so unfortunately, there are instances out there. For me, though, for the most part, it’s been good, thank goodness, because I know people with different stories.

On the women who inspired her to get into music

So many! My biggest ones were Kelly Clarkson, Avril Lavigne, Pink and Katy Perry. I always gravitated to the women who had these powerful and iconic voices with a grit to them. I always resonated with that. There’s a lot of pop sensibility in the songs I write, especially in the melodies, and that comes from years of growing up and listening to that kind of music. Even now, I listen to all different types of genres of music, not just rock music.

On her first memories of playing shows

My very first rock shows that I ever did were here in L.A. on the Sunset Strip. I was 14, and I’d get all my friends from high school to come to the shows. I would get them pizza and didn’t know what I was doing, but it was something I knew I wanted to do. It was different from what my peers were doing, so I did feel like an outcast and weird and like I wasn’t normal wanting to go play rock shows, but I loved it.

I would say to know who you are. Stand your ground, because there will be tough moments that will come when you have to stand your ground. Never forget why you started in the first place and why you wanted to do this: because you love it and are passionate about it. Never let that part go.

Our thanks to Diamante for taking the time to speak with us for this edition of “Beyond the Boys’ Club”. Stream or download her new singles “Obvious” and “Serves You Right”.