Big Thief Are Smitten on New Single “Love in Mine”: Stream

An outtake from the Two Hands recording sessions 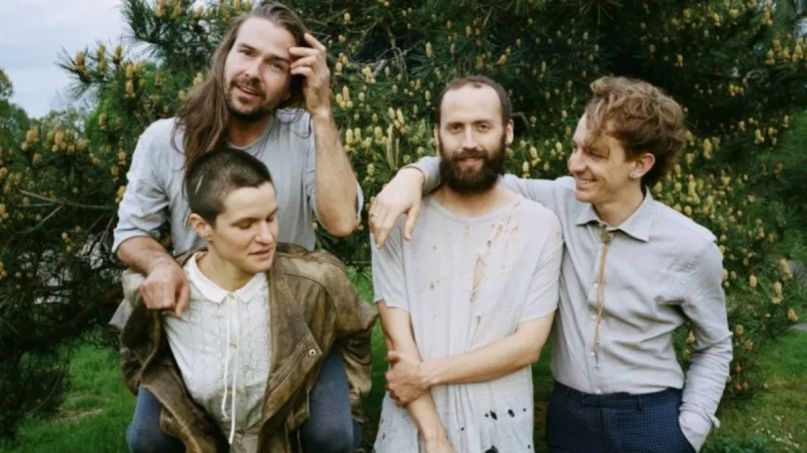 Big Thief have shared a new single called “Love in Mine”. It’s a leftover from the recording sessions that produced Two Hands, their near-flawless 2019 album, which makes the track a welcome addition to the band’s breakout year lore.

A few lucky fans may have already heard “Love in Mine” even though it’s a standalone single that hasn’t formally been released until today. As it turns out, before announcing Two Hands last year, Big Thief mailed a 7-inch featuring “Love in Mine” as the B-side to a handful of listeners. Now, we all get to bask in the new song’s beauty.

“Love in Mine” is a straightforward folk ballad, but Big Thief’s ability to stew in such organic instrumentation makes it feel like a long-lost classic. While Adrianne Lenker sings about putting faith in a relationship (“When I ramble on/ And I often do/ Remind me to travel home to you”) the rest of group turns their parts inward: a quiet, finger-plucked guitar; a determined but stripped-back percussion rhythm; encouraging vocal harmonies that repeat Lenker’s words come her conclusion. It’s lush and intimate, but feels like a call-to-familiar-arms nonetheless. Stream it below.

Earlier this month, Big Thief dropped a new demos EP featuring unreleased tracks culled from the album studio sessions for both U.F.O.F. and Two Hands. All proceeds from that EP will go directly to the band’s touring crew who aren’t employed at the moment due to the coronavirus pandemic.

Along with streaming “Love Is Mine”, revisit Lenker’s recent appearance on Kyle Meredith With… below.