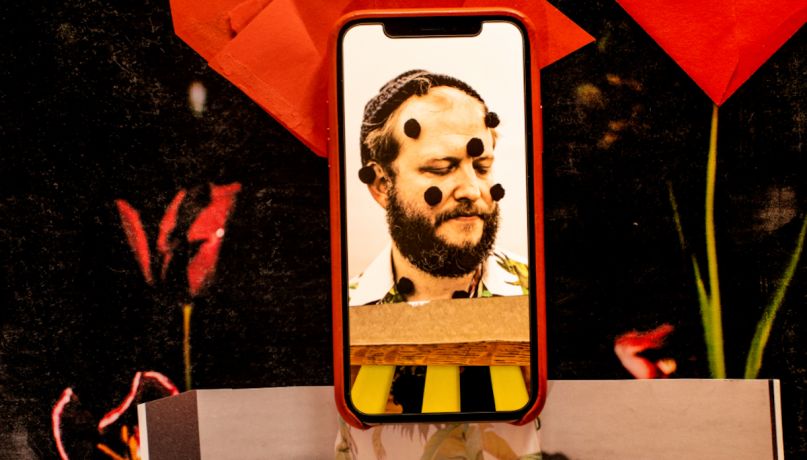 Bon Iver have released a new single, “PDLIF”, as a benefit track to support healthcare workers battling the coronavirus pandemic.

Short for “Please Don’t Live in Fear”, the track was recorded entirely in isolation, with the parts being passed digitally between Justin Vernon and his collaborators. Vernon shared production duties with Jim-E Stack (drums) and BJ Burton, while the song also features Kacy Hill and Joseph K Rainey, Sr. on vocals, Eli Teplin on piano, bassist Devin Hoffman, and Rob Moose handling piano and string arrangements. According to a press release, the “PDLIF” is based around a sample of  Alabaster dePlume’s “Visit Croatia”.

Bon Iver will donate 100% of the proceeds from “PDLIF” to Direct Relief. The humanitarian aid organization is working to provide personal protective equipment to health professionals around the world.

Besides the good cause, however, fans may be intrigued by the “PDLIF” artwork. The top of the image, by Eric Timothy Carlons, reads “BON IVER: SEASON FIVE Episode 1, Pilot.” Bon Iver’s most recent album, i,i, was their fourth, so that text implies the band sees this new single as the first step towards a fifth.

As for the wingding text at the bottom of the artwork, it apparently reads “PLAY IT FUCKING LOUD”. It also feels like a nod towards the glyphs of 22, A Million, of which “PDLIF” is rather reminiscent. Take a listen below.

Bon Iver previously donated their merch sales to Wisconsin coronavirus relief efforts, while Vernon debuted the song “Things Behind Things Behind Things” during Bernie Sanders’ virtual town hall. Other acts have released music to benefit others in the time of COVID-19, as well. Florence and the Machine just shared the High as Hope outtake “Light of Love”, Dirty Projectors covered John Lennon’s “Isolation”, and The National’s Matt Berninger teamed with The Walkmen’s Walter Martin for “Quarantine Boogie (Loco)”