Brandi Carlile Pays Tribute to John Prine with “Hello in There” Cover on Colbert: Watch 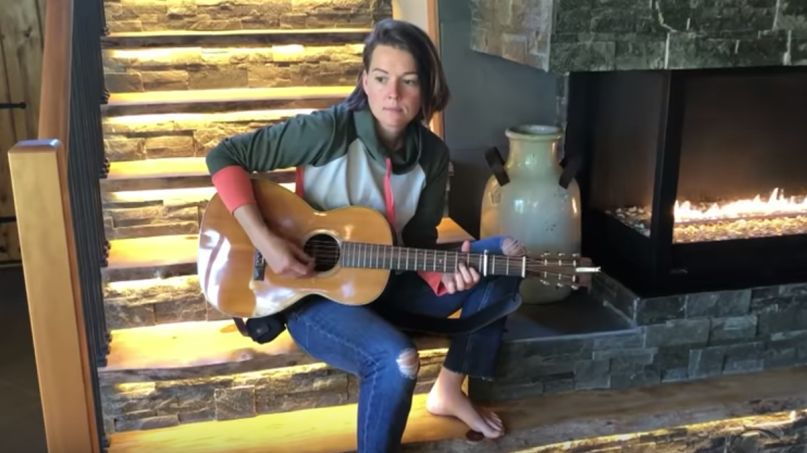 Folk icon John Prine passed away earlier this week due to complications from the coronavirus. Friend and collaborator Brandi Carlile already paid tribute to the late legend with a solo rendition of “Summer’s End”, a song she recorded with Prine for his last album, The Tree of Forgiveness. Last night, Carlile honored his legacy once more with a cover of his “Hello in There” on Colbert.

Before she began, host Stephen Colbert shared his own memories of Prine. He was first introduced to Prine’s music “when my then-girlfriend, now my wife, sent me her first cassette tape when we were dating and it started with ‘Paradise’ by John Prine. I loved that song,” he said. “And I loved her for showing it to me. I learned it on the guitar so I could play it over the phone to her because we were living in different cities.” Colbert went on to recall meeting, interviewing, and performing with Prine, as well as watching him play with Carlile and Sturgill Simpson on The Late Show.

He then segued the segment to Carlile, who sat by her fireplace at home. She said she “thought long and hard” about what song to cover, because those just getting familiar with Prine’s music now are “about to get a whole lot of truth dropped on them.” She finally settled on “Hello in There” because “this song refers to the people that we’re all staying home to protect. And it reminds us that older people are’t expendable, that they made us who we are and they’ve given us every single thing that we have.”

Watch both Colbert and Carlile’s tributes to Prine below.