"He was simply one of the best we had" 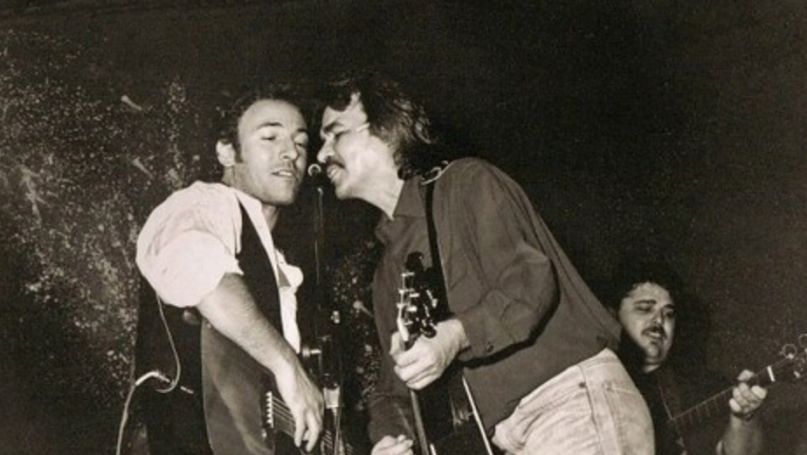 Bruce Springsteen used his SirusXM radio show on Wednesday to play a selection of stories and songs for “these uncertain times.” That included a tribute to fellow songwriting legend John Prine, who died on Tuesday due to complications from the coronavirus.

“John Prine was a sweet and lovely man, and I was proud to count him as my friend,” Springsteen said during the broadcast. “He wrote music of towering compassion with an almost unheard of precision and creativity when it came to observing the fine details of ordinary lives. He was a writer of great humor, funny, with wry sensitivity. It has marked him as a complete original.”

“His death just makes me angry,” Springsteen added. “He was simply one of the best we had, and we will miss him.” He then played Prine’s seminal track “Angel From Montgomery”.

Springsteen also paid tribute to Prine on social media. After first learning of Prine’s passing, Springsteen wrote on Twitter, “Over here on E Street, we are crushed by the loss of John Prine. John and I were ‘New Dylans’ together in the early 70s and he was never anything but the loveliest guy in the world. A true national treasure and a songwriter for the ages. We send love and prayers to his family.”

As Rolling Stone points out, Springsteen and Prine performed live together at least once: in 1988, Springsteen joined Prine to perform “Paradise” during a concert in Tarrytown, New York. Three years later, Springsteen contributed backing vocals to Prine’s song “Take a Look at My Heart”.

Among the countless other tributes to Prine are song covers of “Please Don’t Bury Me” by Wilco’s Jeff Tweedy and “Angel From Montgomery” by Dixie Chicks’ Natalie Maines”. Meanwhile, Brandi Carlie played her own recent collaboration with Prine, “Summer’s End”.

In a message posted to social media, Prine’s wife, Fiona, offered her gratitude for “the outpouring of love we have received from family, friends, and fans all over the world.” She added, “John will be so missed but he will continue to comfort us with his words and music and the gifts of kindness, humor and love he left for all of us to share.”

In lieu of flowers or gifts, Fiona Prine is asking that donation be made to one of the following non-profits: thistlefarms.org; roomintheinn.org; and nashvillerescuemission.org.