In the tour's place, the k-pop group has announced their "Break the Silence" documentary 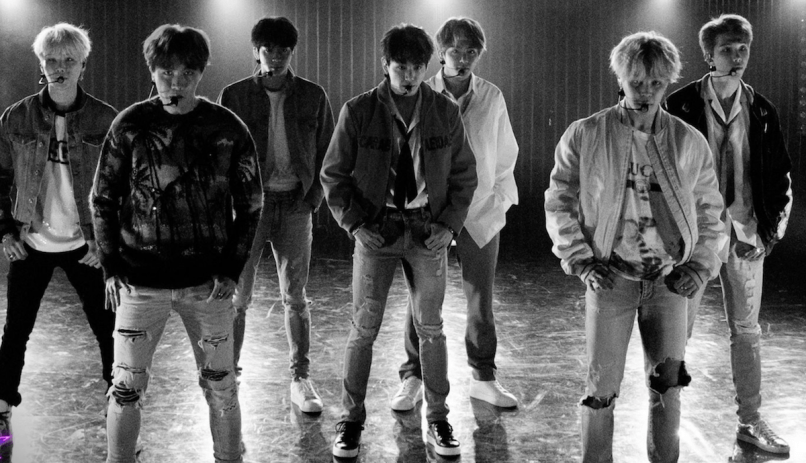 BTS were one of the first acts to postpone touring plans in the early days of the coronavirus pandemic, calling off their scheduled April jaunt of South Korea back in February. Since then, they’ve incrementally delayed different legs of the “Map of the Soul Tour”, with the North American spring dates being called off in March. Now, BTS have announced they’re postponing their entire world tour, with no sign of when it might be rescheduled.

The news comes just days before tickets for the K-pop megastars’ European and Japanese shows were meant to go on sale. In a statement provided to Billboard, BTS’ management company, Big Hit, confirmed the complete postponement of the tour. They noted that even as certain areas begin to improve, the global nature of a BTS tour and the group’s appeal have led to the decision, adding that rescheduling dates will “require considerable time.”

The company’s statement read in part,

“This tour involves the participation of staff and crew from around the world as well as global logistics systems. While there are certain countries, regions and cities where conditions have improved, including Korea, it is difficult to make the decision to begin the tour based on these recent developments. Due to the nature of BTS concerts involving travel by thousands of international fans no matter where the performances are held, it is also difficult to resume the tour with the current strict restrictions on cross-border movement still in place. Moreover, it is impossible at this time to predict when the first performance marking the start of the tour will be able to begin.

Therefore, we have made the difficult decision to suspend the previously-announced tour schedule and develop a new schedule.”

While fans await the revised dates (and a return to a world with any live music, frankly), Big Hit promises to “also create new ways for our artists to engage with their fans and respond to the ‘New normal'” as the health crisis continues. We’ve already seen some of this, as BTS hosted the “Bang Bang Con” digital concert series earlier this month.

The next such event will be the group’s docu-series Break the Silence. Following BTS through their 2018 “Love Yourself World Tour” and 2019 “Love Yourself: Speak Yourself World Tour”, the series will premiere May 12th on the popular K-pop fan app WeVerse. Pre-orders for Break the Silence are live now on the app, and you can watch the trailer below.

Concluding their statement about BTS’ cancellations, Big Hit wrote, “The decision to reschedule the tour was made with the health and safety of our artists and fans in foremost consideration. With sincerity and commitment to transparency, we will inform you of any and all further changes and continue to provide updates.”