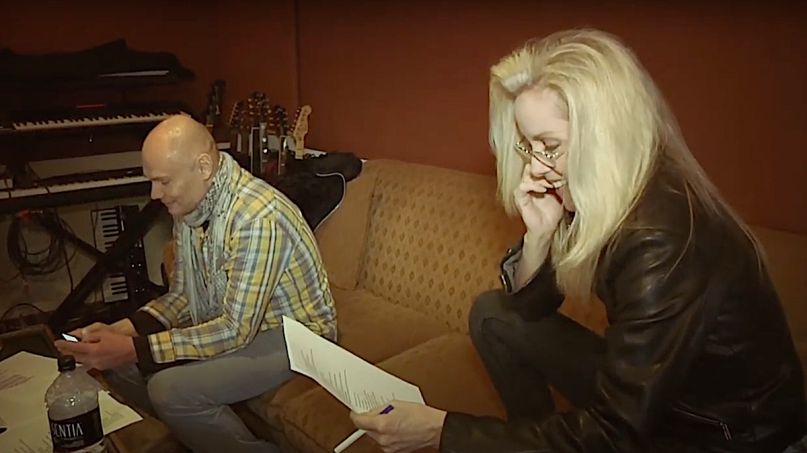 Blvds of Splendor first saw release on Record Store Day 2019 as a limited run of 3,000 vinyl copies, but now it has been expanded by three songs and made available on digital and streaming outlets for the first time. Currie recently unveiled one of those new tracks, a cover of The Runaways’ “Queens of Noise” featuring Juliette Lewis, The Distillers’ Brody Dalle, and The Veronicas.

The album had been in the works for years, with former Guns N’ Roses drummer Matt Sorum helping to spearhead the project. Sorum’s onetime GN’R bandmates Slash and Duff McKagan are featured on the leadoff track, “Mr. X”, a guitar-driven rocker.

Corgan, meanwhile, wrote and lent his vocals to the mid-tempo title track, “Blvds of Splendor”, which definitely has a bit of a Smashing Pumpkins vibe in the chorus.

Stay tuned for our interview with Cherie Currie, in which she discusses the album, working with the aforementioned guest musicians, her days in The Runaways, and more. In the meantime, stream the Blvds of Splendor album in full via Apple Music or Spotify, plus see a behind-the-scenes video of Currie working with Corgan on the title track, below. Fans can also purchase the album here.