The 15-track LP includes a cover of The Runaways' "Queens of Noise" featuring Brody Dalle, Juliette Lewis, and The Veronicas 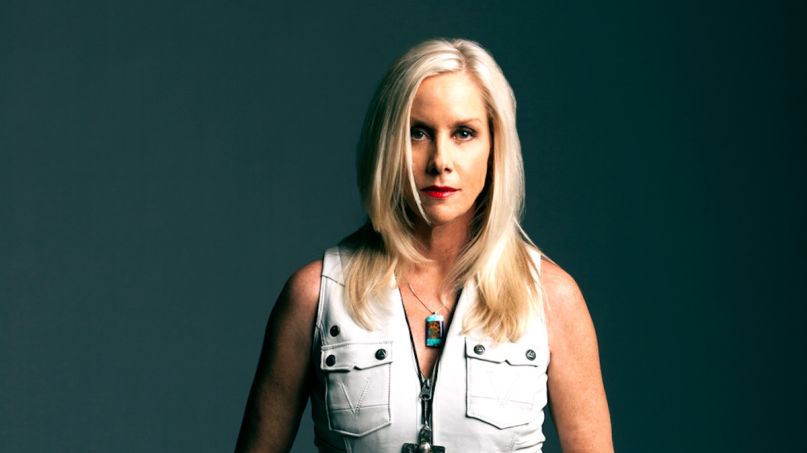 Legendary Runaways singer Cherie Currie has announced a digital release of her latest solo album, Blvds of Splendor. The LP features three bonus tracks, including a cover of The Runaways’ “Queens of Noise” featuring Juliette Lewis, The Distillers’ Brody Dalle, and The Veronicas.

Blvds of Splendor was initially released as a limited run of 3,000 translucent red vinyl copies on Record Store Day in April 2019. The album was produced by former Guns N’ Roses drummer Matt Sorum, and features such guests as GN’R’s Slash and Duff McKagan on the song “Mr. X”, and Smashing Pumpkins mastermind Billy Corgan on the title track.

Sorum actually started working with Currie on the album as far back as 2010, when she was promoting the movie The Runaways, but the songs remained dormant for a long while as Currie returned to her career as a chainsaw carver. She was planning to release the LP in 2016, but had a terrible accident while chainsaw carving, sustaining partial facial paralysis and severe head trauma.

Currie, who has since recovered from the accident, said of the album, “I’ve never had so much fun making a record before. We all looked at each other and went, ‘Oh my God, there’s magic happening here.'”

Sorum added, “Cherie’s voice tells it all, she is the real deal. And now more than ever that voice tells the story of where’s she’s been in her life. This record is about who Cherie Currie is now. We’ve waited a long time to hear this icon of rock n’ roll do what she does best. I’m very proud to be a part of this album by one of the best female singers of all time.”

The digital Blvds of Splendor LP will be released on April 28th. Pre-save the album and also hear the track “Queens of Noise” at this location. The digital LP can also be pre-ordered here, while the vinyl edition (minus the bonus tracks) is available from various sellers on Amazon.

Behind-the-scenes looks at the recordings of “Queens of Noise” and “Blvds of Splendor” can be seen below, along with the album artwork and tracklist.