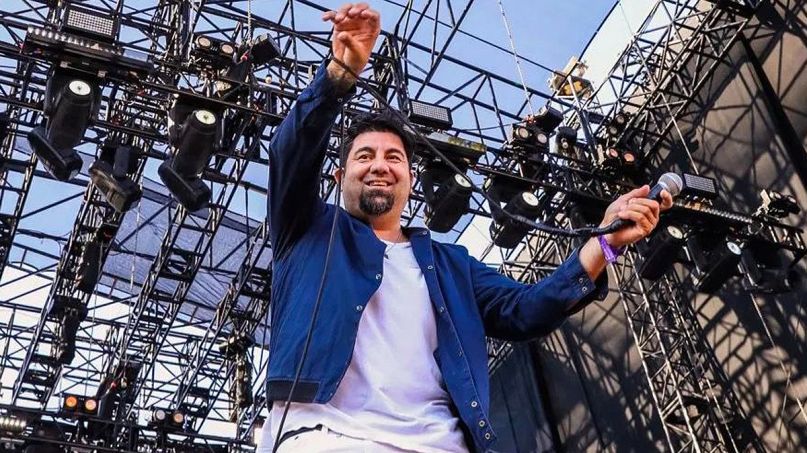 Chino Moreno will be the latest member of Deftones to play a DJ set as part of the band’s new Twitch livestream series. The alt-metal rockers started streaming on the platform last week as they completes work on their highly anticipated new album. Moreno’s DJ set goes live at 10 p.m. ET / 7 p.m. PT tonight, April 24th.

Moreno joins the ranks of the band’s turntabalist Frank Delgado and bassist Sergio Vega, who previously hosted DJ sets on the Twitch channel. The move to livestream came after Deftones were forced to postpone or cancel its spring shows and festival appearances due to the coronavirus pandemic.

Meanwhile, Deftones are still mixing their forthcoming Terry Date-produced album, due out later this year. Drummer Abe Cunningham revealed in a recent social media post, “It’s been a bit difficult to get everyone in the same room” but said that mixing is ongoing and promised that the LP was “coming”.

This album is particularly anticipated due to Date’s involvement. The producer was behind the board for Deftones’ first four LPs, including the revered efforts Around the Fur (1997) and White Pony (2000). For the new album, the recordings have incubated over time, with the band working “over the course of a couple of years, rather than blasting through in one go,” Cunningham said.

Deftones called off their Australian and New Zealand tour due to the pandemic, but are selling merch intended for that trek to raise funds for their touring crew. The band is still slated to tour North America this summer, with dates subject to change given the ongoing pandemic. Tickets are available here.

Tune in to Moreno’s DJ set tonight (April 24th) via Deftones’ Twitch channel. And while you’re on Twitch, also give our channel a follow.

Chino is taking over the #Deftones @Twitch tomorrow at 7PM PT / 10 PM ET for a live Friday night DJ set. Follow along at https://t.co/PuCswLzwxg.