Everyone filmed themselves playing separately while quarantined 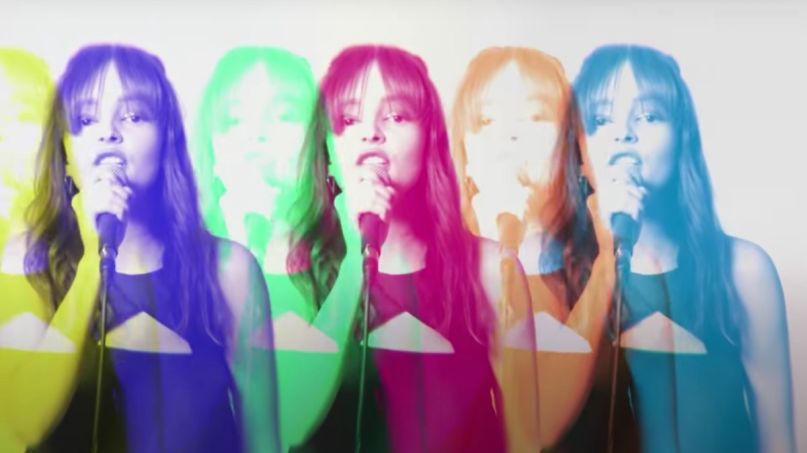 This past Friday, CHVRCHES appeared on a remote episode of The Tonight Show Starring Jimmy Fallon to perform their song “Forever”.

The reason they picked “Forever” specifically is because the song is having a belated pop culture moment right now. Last month, the Spanish-language teen-soap Élite premiered its third season, and the show happens to prominently use the Glasgow group’s track in it. As a result, CHVRCHES decided to give “Forever” another bump by filming a brand-new music video for it while self-quarantined at home.

Technically, CHRVRCHES performed “Forever” separately, not actually in the Fallon recording studio, due to the coronavirus pandemic. Instead, each member filmed themselves live from the comfort of their homes or an empty practice space. After syncing the videos up, the Fallon crew dipped each clip into vibrant colors and overlaid the graphics, the result of which makes for a 3D-like visual that’s as trippy as it is hypnotic. Watch it below.

Lauren Mayberry and her bandmates followed Love Is Dead with a standalone single called “Death Stranding” last fall. It was written for the PS4 game of the same name. Shortly after the track’s release, CHVRCHES stopped by Corden to bring their soundtrack cut to life beyond the console.