From their iconic Sunday evening set at the festival 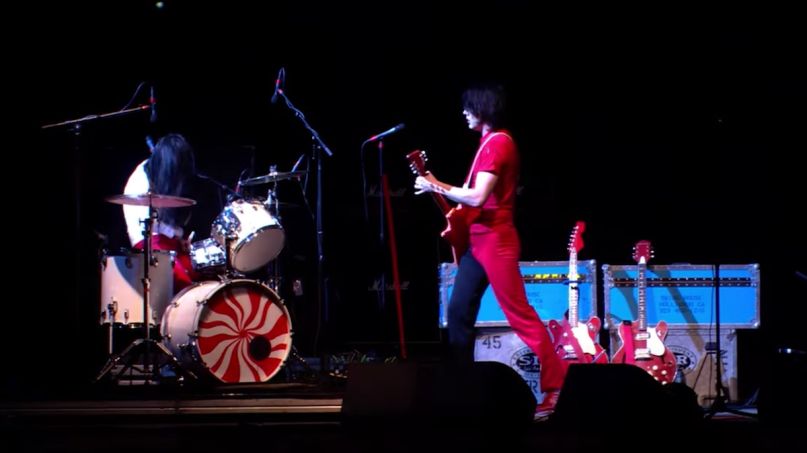 Last week, Coachella dropped a new documentary called Coachella: 20 Years in the Desert that features old festival performances and high-profile interviews. To further promote the release, the festival has shared a full performance video of The White Stripes playing “Dead Leaves and the Dirty Ground” during their 2003 live set, which is briefly included in the documentary.

Of course, the internet has done its best to preserve clips from The White Stripes’ legendary set at Coachella, but most of it is fan-shot footage with decent-at-best audio quality — an unfortunate sign of the times. In comparison, this new clip features excellent soundboard audio, some color-enhanced trickery, and a slightly sharper image to make 2003 feel like it wasn’t, you know, 17 years ago. Revisit it below.

If you find yourself reviving your old obsession with The White Stripes, thankfully you’re in luck. De Stijl just got a 20th anniversary companion release as did the band’s self-titled debut, audio from their final concert in 2007 was recently uploaded to stream, and Third Man Records launched a podcast exclusively dedicated to The White Stripes. Turns out there’s a surprisingly rich collection of throwback material to pass the time while quarantined!

In other good news, this year’s edition of Coachella has been postponed until October 9th-11th and 16th-18th at the Empire Polo Grounds in Indio, California. You can get tickets here.