Ranking: Every Beastie Boys Album from Worst to Best

by Irene Monokandilos and Matt Melis 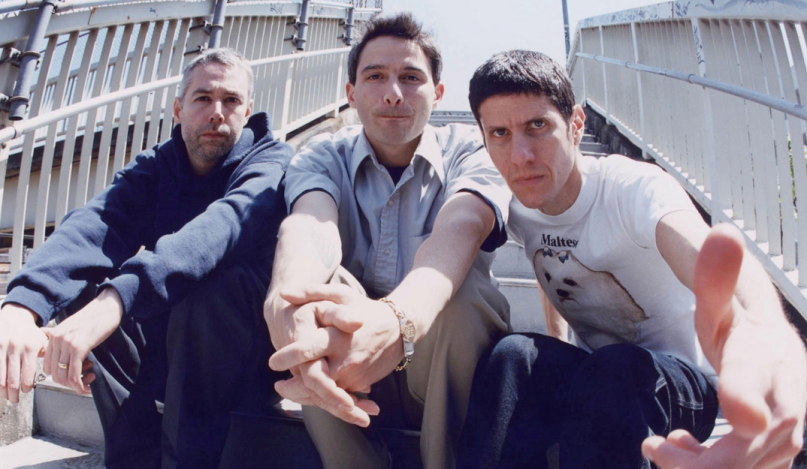 I grew up as a weird kid in a middle-class Greek suburb. Too straight-laced and scared to hang with anyone my parents deemed “edgy” (the bar was low to say the least), not interested enough in my family’s traditions to find friends in my own ethnic circle, and not nearly enough of an oddball to dye my hair blue, hang a chain from my black jeans, and roll with the bleeding hearts. Instead, I spent my taciturn time on the periphery of nearly every social group there was in solitude, sitting too close the television watching hours of music videos; scribbling notes in the margins of music history books; listening to my older brother’s CDs from inside a closet (I refused to be disturbed). Part of me wished my circumstances were more dire as to make me more interesting. There are a lot of records and musicians that made it feel okay to be an in-betweener, but there’s a particular corner of my record collection I still dedicate to the experimental screwballs who remind me of just what I’m capable of. New York’s most devilish sons top that list.

I came to the Beastie Boys sometime around 2004. Late to the game as a product of my age, I had almost an entire discography at my disposal. A group of upper-middle-class Jewish kids in leather jackets with roots way down in the rebellion of punk rock who spent their time reinventing the hip-hop wheel sounded right up my alley. What awaited me, of course, was so much more.

A Beastie Boys record is a lot like those ridiculous thousand-piece puzzles at least one person you know is completing in self-quarantine right now. Each one is a deftly woven tapestry of lacerating comedy, towering technical skill, and a network of samples so spicy they’ll make your stomach ache. Every LP is innovative in its own right, a unique neural network so bountiful with ideas you could spend an entire day tracing the synapses of just one. Combine all that in an iron-clad cauldron of friendship and you get one of the most influential acts in the history of hip-hop, alt-, and punk rock.

Needless to say, dissecting the oeuvre of New York’s most mischievous is no easy feat. It’s bittersweet and maybe even a bit painful, as we all but wave goodbye in the wake of Adam Yauch’s untimely death and the release of Spike Jonze’s much-hyped documentary, Beastie Boys Story. But to be a music journalist is to be slightly masochistic, so without further ado, we give our Beastie Boys Dissected. Ch-check it out…