"There's some form of music like sound, but it's not music to me" 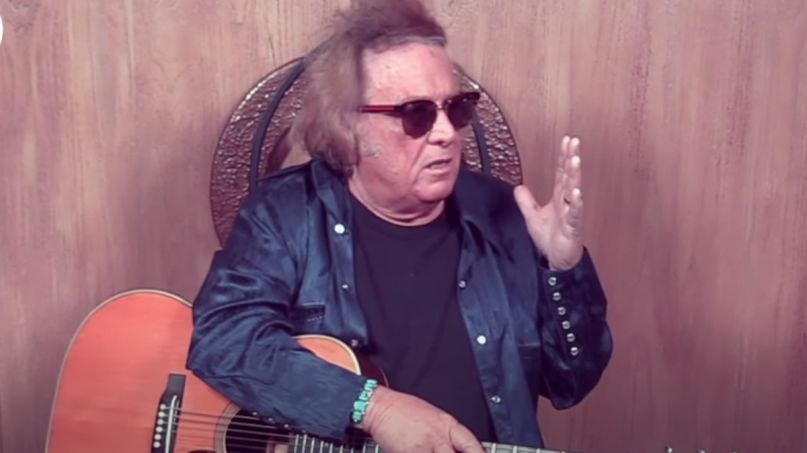 Don McLean, screengrab from Greatest Music of All Time

Don McLean is known to most as a one-hit-wonder for his 1971 song “American Pie”. In the decades since then, McLean has become increasingly disinterested in modern music — if it can even be called that. According to the disgraced singer-songwriter, today’s music is so bad that it straight-up “doesn’t exist”, in part because we’re living in “a nihilistic society now.”

During a recent interview with Tom Cridland on his Youtube series The Greatest Music of All Time, the 74-year-old artist went on a handful of rants about everything from chord progressions to lyrical content. He claimed politics no longer “really mean anything” — a refrain he’s been droning on about for literal years — because nobody cares about anything anymore, which in turn has impacted the music industry. “We have a kind of a nihilistic society now,” said McLean. “No one believes in anything, no one likes anything, no one has any respect for anything much. The music shows that.”

Upon hearing this, Cridland asked McLean if he was referring to modern songs he heard on the radio or if he thought music as a whole has “deteriorated.” Unsurprisingly, McLean responded, “It doesn’t exist as far as I can see. Music is not on the radio. There’s some form of music like sound, but it’s not music to me. There was a show called Name that Tune back in the 1950s, and by the fourth note, they would say, ‘Oh, that’s ‘Strangers in the Night.” There’s nothing on the radio you can name in 20 notes, almost.”

According to McLean, most of the pop stars and rock bands you hear on the radio don’t know how to write a melody. “They have a couple little hooks stitched together with some riffs — a lot of riffs, they’re very cool and the records are great, but they’re not melodies,” he said. In his opinion, the rare exceptions to this are Paul Simon and Paul McCartney. (However, he did go on to say some artists are technically skilled at their instruments.)

The best part of the interview is when McLean explained what exactly it is that makes today’s charting singles so bad. “[It’s] notes repeated over and over again with a chorus that’s done over and over until it’s drummed into your head or makes you want to hang yourself.” As a reminder, McLean wrote “American Pie”.

If you want to hear more quotes like this from a guy who pleaded guilty to domestic violence assault, watch the full interview on The Greatest Music of All Time below.