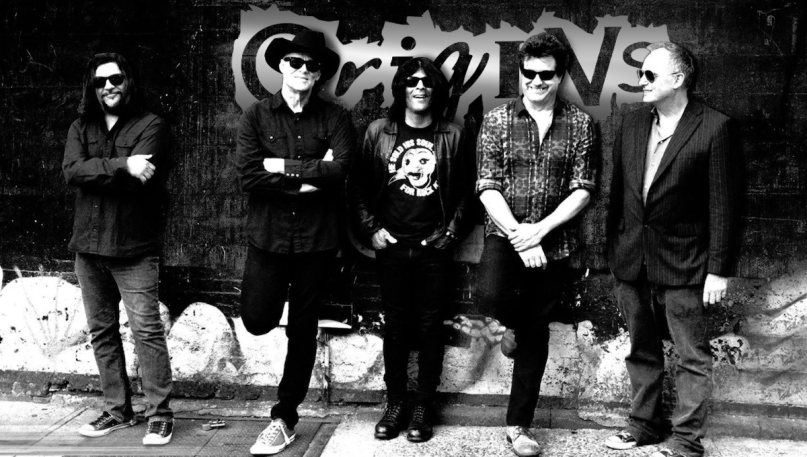 Origins is a recurring new music feature that gives musicians the opportunity to reveal more about the inspirations behind their latest single. This time, Dramarama returns to the fold and unpacks their new single “Up to Here” off their new album, Color TV.

New Jersey legends Dramarama have announced their first new album in 15 years, Color TV. In anticipation, singer-songwriter John Easdale has shared the Origins of their first new single in as many years, “Up to Here”.

Due out May 1st, the long-awaited follow-up to 2005’s Everybody Dies strings together a collection of tracks that Easdale wrote over a staggering 20-year period. According to a press release, the album wrestles with themes of truth, love, and addiction through the “distorted grit and punk energy” they’ve trademarked since the ’80s.

No kidding. “Up to Here” proves Easdale’s pipes haven’t aged a day, sounding exactly as they did back when they first won our hearts on their sterling 1985 debut, Cinéma Vérité. There’s still a fight in his tongue, too, as he paints an apt portrait of modern America: “The commercials more important than the news/ And the only thing that motivates is fear/ The Ramones are sellling soda pop and beer…”

Below, Easdale has offered the Origins of the track to read as you listen. For a trip back to the ’80s, revisit our exhaustive oral history on Cinéma Vérité, which includes interviews with the founding members and doubles as an origin story for the band. Speaking personally, it’s one of this writer’s favorite pieces to date — a passion project.

I haven’t actually been “religious” for some time now, but I was when I was little. I even tried my hand at being an altar boy for a few years, but then puberty came along and everything in my head changed. The opening line, “Now I lay me down to sleep,” comes from my earliest memories, and bits of other prayers show up throughout the lyrics. In childhood, these simple lessons seem so easy to comply with, but upon growing up and having to deal with the “real” world, it all gets muddled, vexing and seemingly unattainable.

Although it might seem to be inspired by the present-day situation, “Up To Here” was actually written some years back. At the time, I thought the great political divide in America was as wide a chasm as could exist; little did I know.  In the song I try to emphasize my exasperation without being too preachy or overt. Being fed up with things as they are is nothing new for me, and although specific circumstances may change, dissatisfaction remains a constant. Especially when there seems to be no universal answer.

There have always been noble causes which receive enormous attention — at least for a bit. A “cause of the year” pattern; a movement that is in the headlines and on the minds of many, but then what? Attention spans are short, news stories change, and T-shirts with logos and phrases do little to actually achieve the goals. “Stop the war!” “Feed the world!” “Save the whales!” The list goes on, as do the problems. Being aware just isn’t nearly enough.

At the beginning of February each year, you can barely turn on a television set in America without witnessing a deluge of news stories about Super Bowl commercials. Regardless of what else may be happening in the world, there is always room for the run-down and reviews of those “big game” ads. I realize just how comfortable we’ve all grown with advertising and it irks me.

The Ramones are one of my all-time favorite bands. I first saw them back in 1979 at the Capitol Theatre in Passaic, NJ, and many more times over the years. After Joey and Dee Dee died it just rubbed me the wrong way when I heard “Blitzkrieg Bop” in a commercial for Diet Pepsi. I realize that even living artists don’t always have a say as to where their music is used, but wish that ad agencies and music publishers would be much more respectful of the dead, their art and legacies.

Consult the cover artwork and tracklist for Dramarama’s new album below.