The LP's first single, "Wasted on You", will arrive on April 24th 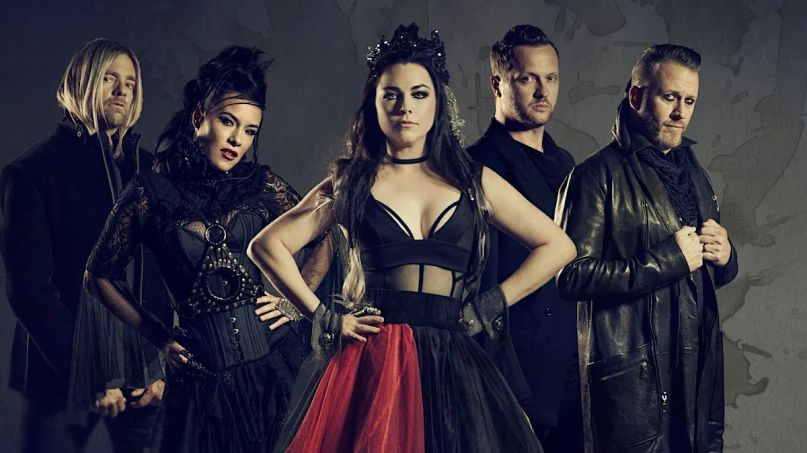 Evanesence are not letting the pandemic prevent them from releasing new music in 2020. The band has just announced a new album, titled The Bitter Truth, with plans to unveil the first single next week.

Thus far, Evanescence haven’t revealed a tracklist or release date, but they did unveil the album artwork, which appears to depict the lower half of singer Amy Lee’s face as she swallows a “bitter pill.”

The new single, “Wasted on You”, will premiere on April 24th, and is currently available to pre-save on Spotify, Apple Music, and Deezer.

Along with announcing the album, the band revealed that 50 fans who pre-save the single will be selected to take part in an early listening session with Amy Lee via Zoom:

“We promised you a new album in 2020 and we won’t let anything stop us. We are proud to begin sharing our new album ‘THE BITTER TRUTH’ with you, one piece at a time, starting with our first song ‘Wasted on You’ next FRIDAY! We will choose 50 people who PRE-SAVE to get the first listen of ‘Wasted On You’ on a Zoom call with Amy Lee next Thursday!”

It’s been nearly nine years since Evanescence released 2011’s self-titled effort, their last full-length album of original material. The band did release the LP Synthesis in 2017, but that mostly featured orchestral re-workings of the gothic-rock act’s hits, along with two new songs.

Check back on April 24th for the new single “Wasted on You”, and see the album artwork for The Bitter Truth below.