Evanescence Return With New Single “Wasted on You”: Stream

From their first new album in nine years, The Bitter Truth 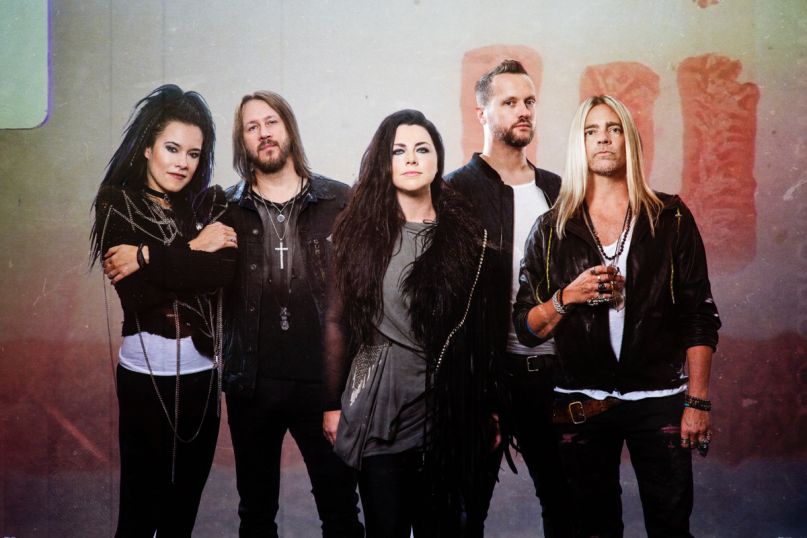 At long last, Evanescence have shared the lead single from their first new album in nine years, The Bitter Truth. The song’s called “Wasted on You” and it comes with a homemade music video filmed by the band members themselves.

It’s hard to believe it’s been so long since we’ve gotten new original music from Evanescence. After dropping their 2011 self-titled album, the band didn’t release anything until their 2017 collection of orchestral reworkings called Synthesis, which featured new track “Imperfection” and the previously unreleased older cut “Hi-Lo”. Now, after dropping a brooding Fleetwood Mac cover for the Gears 5 soundtrack last year, Evanescence is back and frontwoman Amy Lee is once again at the top of her game.

Apparently Evanescence was working on “Wasted on You” right up until quarantine kicked in, which prevented them from returning to the recording studio to work on it. Instead, they finished the track remotely through file sharing and phone calls. “Tweaking mixes, adding background vocals, creating the video and album art all from home has been like water in the desert for me, my light in a dark time,” said Lee in a press release. “‘Wasted On You’ wasn’t the song we were planning to release first, but when the whole world went into indefinite lockdown and everything changed, so did the feeling and meaning of what we wanted to say right now. I didn’t write these lyrics about what we’re all now going through, but somehow that’s exactly what they are.”

The song opens with a few lonely piano chords while Lee seamlessly belts out the refrain: “Wasted on you/ Waiting for a miracle/ I can’t move on.” From there, “Wasted on You” unfolds rather beautifully, turning some twinkling synth parts and electronic drumming into a massive, explosive number come the midway point. It feels like a point of maturation for the group without losing their beloved gothic touch.

In the music video, directed by P.R. Brown, each member of Evanescence can be seen grappling with the stir-crazy, monotonous feeling of being stuck at home in isolation. Everyone filmed their own part, some with the help of their families, on their iPhones and sent it to Brown to splice into a story. The resulting clip feels pretty intimate as a result, but it also holds your attention as well as any scripted scenario would. Watch it below.

According to a press release, The Bitter Truth will be released “incrementally throughout 2020”.