Florence and the Machine Perform “Light of Love” in Quarantine: Watch

Welch sings a beautiful a cappella rendition of her newest track 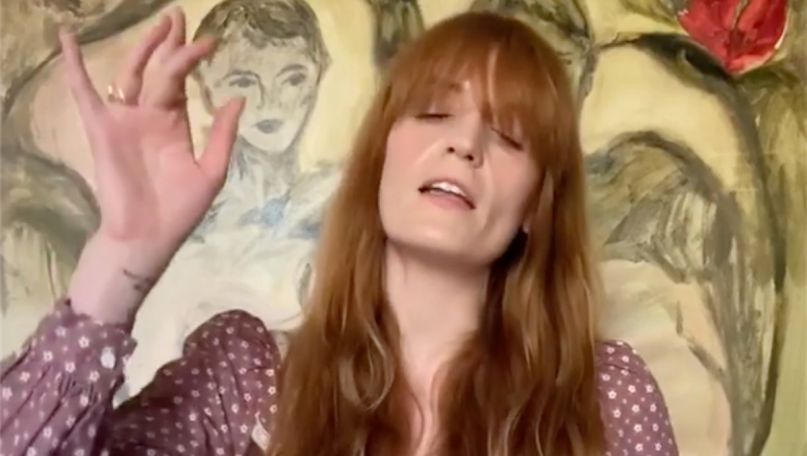 Florence and the Machine

Last week, Florence and the Machine released a soaring outtake from their 2018 album High as Hope called “Light of Love”. It was intended to act as a flame of hope during the coronavirus pandemic. To keep that spark burning, Florence Welch has now shared a live rendition of the song as performed while quarantined at home.

When the band originally revealed “Light of Love”, they announced that all proceeds from the song would benefit the Intensive Care Society, which supports doctors, nurses, and other healthcare professionals working on the front lines of the pandemic. Apparently, those track sales amounted to quite a bit more than Florence and the Machine were expecting.

When uploading the video to Instagram, Welch included a brief message, essentially relaying that it was the least she could do considering how much money was raised through the charity single. “Thank you for all your kind words about the song, and for all your support for the Intensive Care Society @ics_updates,” she wrote. “I tried a little at home version for you xx”

After counting off with a grin, Florence Welch dives right in to “Light of Love” in the video, giving what’s essentially a raw, beautiful a cappella performance over a couple strums of an acoustic guitar in the background. She graces each falsetto with ease, and she’s clearly using every inch of her lungs to achieve the wordless melody later on, too. Occasionally, an artist puts on such a stirring performance that it can give you goosebumps — even when you’re not there in person. This is one of those instances. Watch it below.

Last year, Florence and the Machine reissued a 10th anniversary edition of their debut album Lungs. Revisit our original review of the record and check out where it landed in the top 100 albums of 2009.

Thank you for all your kind words about the song, and for all your support for the Intensive Care Society @ics_updates, I tried a little at home version for you 💗 x x