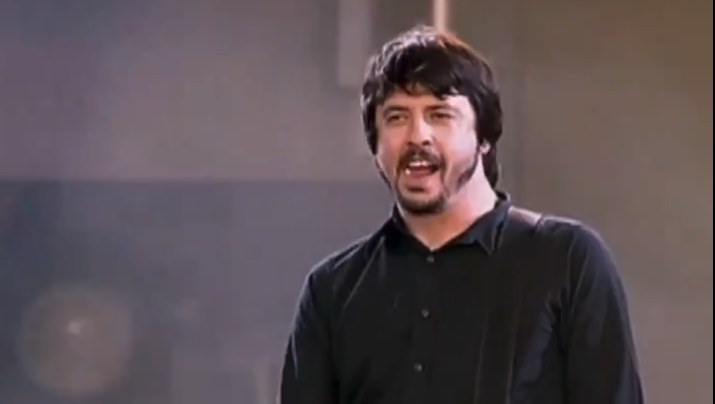 Coming as part of Foo Fighters’ “In Your Honor Tour”, the June 17th, 2006 performance saw the band tear through 16-song set in front of an absolutely massive crowd (some estimates suggest 100,000 people were in attendance).

Foo Fighters kicked off the show with a haymaker of hits: “In Your Honor”, “All My Life”, “Best of You”, “Times Like These”, and “Learn to Fly”. Later in the show, they were joined by Motörhead frontman Lemmy Kilmister for Probot’s “Shake Your Blood”. Then, during the encore, Queen sat in with Foo Fighters for “We Will Rock You” and “Tie Your Mother Down”.

The full performance will stream on YouTube beginning at 1:00 p.m. EDT. In the YouTube video’s accompanying description, the band writes, “Keep washing your hands. #Stayhome.”

Foo Fighters’ Dave Grohl has stayed busy in quarantine trying to help keep everyone else entertained, which is a very Dave Grohl thing to do. He performed at Elton John’s “Living Room Concert for America”. He’s created a quarantine playlist for every mood imaginable. He joined a bunch of other musicians for a charity cover of “Times Like These”. But perhaps his biggest way of helping is through his “True Short Stories” Instagram series, where he recounts run-ins with Pantera, laid-back jams with Prince, and hilarious 4th of July memories.

Setlist:
In Your Honor
All My Life
Best of You
Times Like These
Learn to Fly
Breakout
The One
Shake Your Blood (Probot cover) (with Lemmy Kilmister)
Stacked Actors
My Hero
Generator
DOA
Monkey Wrench