30 Years Ago, Fugazi Firmly Established Their Legend with Repeater 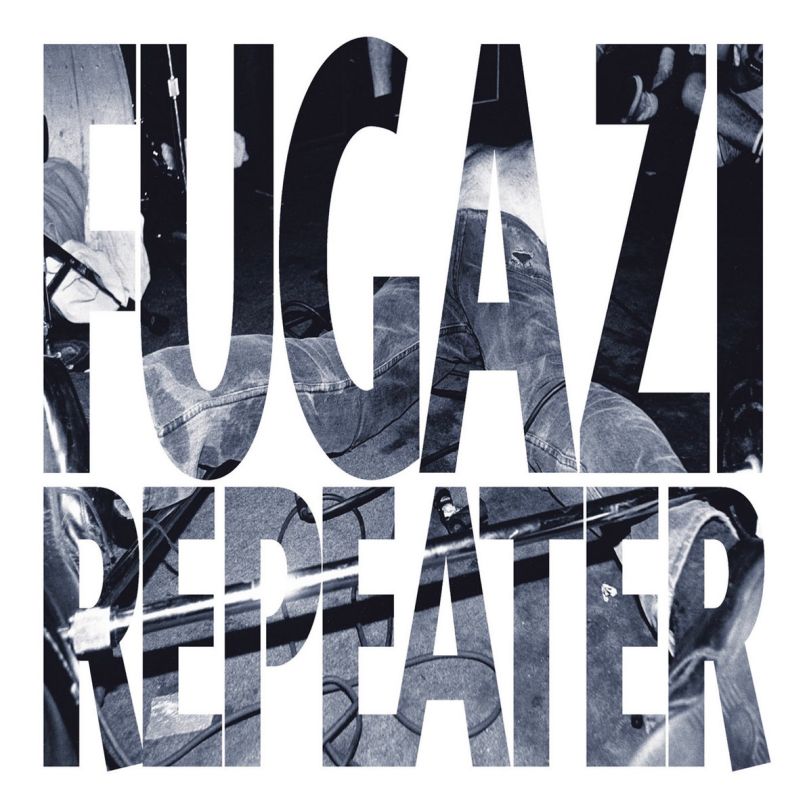 As the 1990s began, a hard-rock revolution was brewing in Seattle, but on the opposite coast, one band was creating its own legend while flouting all the rules of the music industry. That band was Fugazi from Washington, D.C.

By the time Fugazi released their debut full-length album, Repeater, the post-hardcore act had already made its mark as a truly unique force in the rock world. Charging only five dollars for their sensational live shows, and releasing two stellar EPs — 1988’s self-titled effort and 1989’s Margin Walker — had already given Fugazi a devoted fanbase.

Led by Minor Threat frontman Ian MacKaye, Fugazi paired the aggressiveness of old-school hardcore with the precision of post-punk outfits like Gang of Four to create a signature sound. Add in dueling vocals with Rites of Spring singer Guy Picciotto, and the mighty rhythm section of bassist Joe Lally and drummer Brendan Canty, and the ingredients were ripe for steady diet of groundbreaking music.

Yes, Repeater is officially Fugazi’s debut LP, but they already had a tough act to follow. The band’s aforementioned EPs were combined into 13 Songs on CD and released in late 1989 — in many ways forming an unofficial debut album. The cumulative tracklist of 13 Songs boasted such powerful tunes as “Waiting Room”, “Bad Mouth”, “Suggestion”, “Margin Walker”, “And the Same”, and more.

However, there was no outside forces breathing down Fugazi’s neck as they hit the studio to begin work on Repeater. The band released music through MacKaye’s own Dischord Records label, and were able to do what they wanted when they wanted. (Just a few years later, Fugazi would reject a multimillion dollar offer from Ahmet Ertegun to join Atlantic Records’ roster, instead remaining on Dischord throughout their career.)

On April 19th, 1990, Fugazi released Repeater, a post-hardcore tour de force from the get-go. The guitar riff on opening track “Turnover” is as anthemic as anything Fugazi ever laid to tape — a powerhouse song highlighted by Picciotto’s urgent wails. There’s no pause as “Turnover” moves right into the title track, with MacKaye handling lead vocals on top of dissonant guitar progressions that surely influenced a young Rage Against the Machine, who would release their debut two years later.

Further into the album, “Blueprint” serves as the centerpiece of Repeater. Musically, it’s driven by Canty’s thunderous drumming and a heavy guitar riff, but it’s the Picciotti-sung chorus (“Never mind what’s been selling / It’s what you’re buying”) that remains one of Fugazi’s most notable lyrics. The line serves as an anti-corporate call to arms, echoing Fugazi’s independent and DIY ethos.

Lally shines on the next track, “Sieve-Fisted Find”, providing a rolling bass line that powers the song under Piccioto’s punk vocals. Moving ahead, “Greed” brings in some gang hardcore vocals, and “Reprovisional” is another scorcher with its ringing guitars.

The album closes out with the experimental “Shut the Door”, foreshadowing some quieter melodic sounds that Fugazi would explore on later albums, while also bringing the heavy. MacKaye’s screams are powerful both in volume and in content, yelling, “She’s not breathing/ She’s not moving/ She’s not coming back, back, back”, as the famously straight-edge singer eerily documents the loss of a young woman by drug overdose.

The CD version of Repeater added Fugazi’s previously released 3 Songs EP to the tracklist for a total of 14 songs. Despite never appearing on the Billboard 200 chart, it is believed that Repeater has gone on to sell between 1 and 2 million copies worldwide.

And back over on the other coast, the grunge scene was taking notice of Fugazi. Eddie Vedder wrote “Fugazi” all over his arms during a 1991 interview on MTV’s Headbangers Ball, and Kurt Cobain name-checked Fugazi in interviews while also writing purposely misspelled versions of the post-hardcore band’s name on his shoes for a photo shoot.

Fugazi went on hiatus in 2003, with MacKaye revealing in a 2011 interview with Approaching Oblivion that the band has been “offered an insane amount of money to play reunions.” He added, “It’s not going to be money that brings us back together — we would only play music together if we wanted to play music together and the time allowed it.”

Whether they ever reunite or not, Fugazi’s legacy is firmly cemented as one of heavy music’s most innovative and important acts, with Repeater a standout release among the band’s stellar discography.