Ghost Echoes learns there are hardly formalities to a revolution 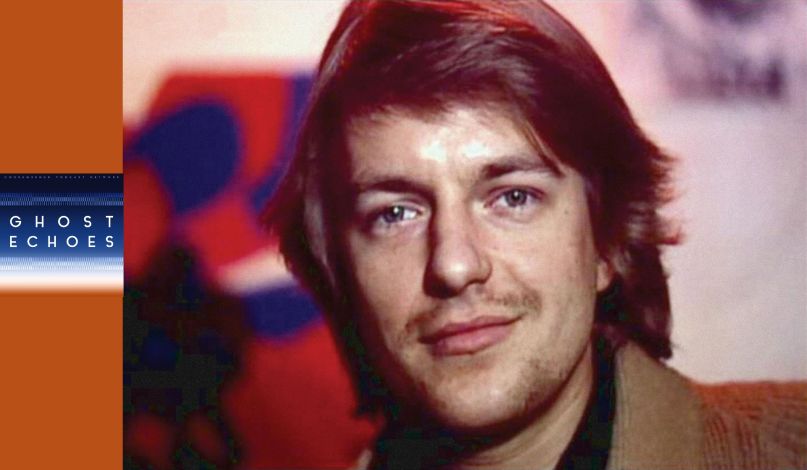 In the third episode of Ghost Echoes, the secret rules direct us towards a reluctant radical in Robert Wyatt. The eclectic and political English musician is in good company, though, and you’ll find out why as we twist and turn through a number of historical similarities and coincidences. Along the way, we’ll also learn that a revolution is not a dinner party.

— The music in the first section about Robert Wyatt includes “Marchides” by Matching Mole, and “Alifib” by Robert Wyatt.

— The following section about Cornelius Cardew includes the first movement from Haydn’s String Quartet Op. 54, No. 1 performed by Marlburo Music.

— “Brandy As In Benj” by Matching Mole starts the next section about Wyatt. Three more songs from Little Red Record close out the section: “Righteous Rhumba,” “Gloria Gloom,” and “Starting in the Middle of the Day We Can Drink Our Politics Away.”

— The next Cardew section contains “Paragraph 7” of The Great Learning performed by the Scratch Orchestra, a repeat engagement by AMMMusic, and Karlheinz Stockhausen’s Kontakte. The recordings of Cardew’s propaganda songs appear on the CD Consciously: “Song for the British Working Class,” “Founding of the Party” and “The Workers of Ontario.”

— The following sections contain “Foxy Lady” from a Jimi Hendrix bootleg from a 1967 show in Stockholm. And a recording of Cardew’s Thälmann Variations by Frederic Rzewski. (This recording is all the more poignant considering that Rzewski was a friend of Cardew’s, and a colleague in radical politics, though he did not escape censure by Cardew in Stockhausen Serves Imperialism).

— My two main sources for biographical information were Cornelius Cardew: A Life Unfinished by John Tilbury and Different Every Time: The Authorized Biography of Robert Wyatt by Marcus O’Dair. This piece by Edward Fox was useful for some details surrounding Cardew’s death. Clips of Wyatt speaking come from the BBC’s The Voices Of… and the short clip of John Tilbury comes from this video.