Off their upcoming album, Women in Music Pt. III 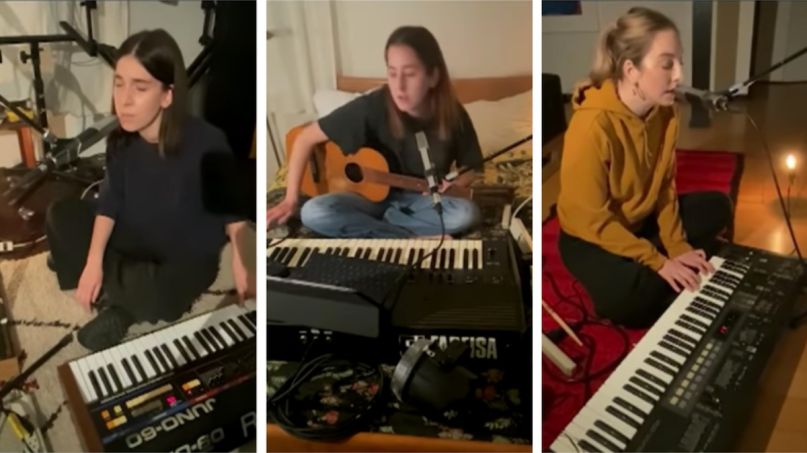 The rollout schedule for HAIM’s upcoming album may not be going as planned, but that won’t stop the sisters from making sure fans get to hear their new music. The trio appeared on the Late Show with Stephen Colbert to perform their newest single, “I Know Alone”, last night and brought the live concert experience to viewers at home while doing so.

For their set, all three sisters hopped on a video call and hooked up multiple mics from their respective houses. They play keyboards to start things off, contributing to the song’s moody synth opening, before they slowly lean into other parts: looped samples, acoustic guitar, handheld percussion instruments. It’s a pretty smooth version of “I Know Alone”, all things considered, and it ends with some surprise, club-style visuals. Watch the Colbert performance below.

With HAIM’s highly anticipated new record, Women in Music Pt. III, now officially being postponed to June 26th due to the coronavirus pandemic, there’s more time to get familiar with their back catalog: 2013’s Days Are Gone and 2017’s Something to Tell You. Better yet, watch their television debuts of new songs “Summer Girl” and “The Steps”, and revisit the Paul Thomas Anderson-directed music videos for both.