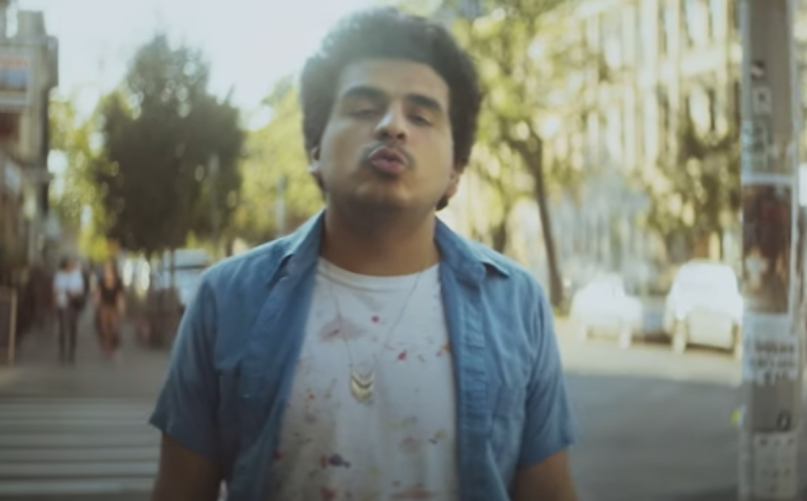 Last year, the veteran songwriter Helado Negro released his breakthrough sixth album This Is How You Smile. Now he’s returned with the new song “I Fell in Love”, featuring longtime friend and collaborator Xenia Rubinos.

Released as the latest entry in Adult Swim’s Singles Program, “I Fell in Love” is a spacey synth-folk dream. It’s built around heartbeat percussion with lush synthesizers that gently rise and recede like waves on the beach. The lyrics are as warm as you might expect, but full of unexpected complications. In what feels like a metaphor, Helado Negro has kept the vocal tracks quiet, so that the nuanced feelings in the words are only rarely louder than those steady heartbeat drums.

In a statement, Helado Negro said that most films and songs express the emotion of love in a very surface way. With “I Fell in Love”, he had set out to get it right. He explained,

“It’s a song about love! It’s about all the ways we feel and the complicated things we do to try to understand this feeling. ‘Spaceship shaped words fly through your world unheard’ is a lyric that describes how alien the feeling can be and how hard we make it to be known. It’s not simple – it’s too complex to ever say ‘love is like this.’ Movies and songs always get it wrong. Maybe we are wrong too but I know the love I have.”