"There were entire scenes, concepts, shots, and dialogue lifted directly from the movie" 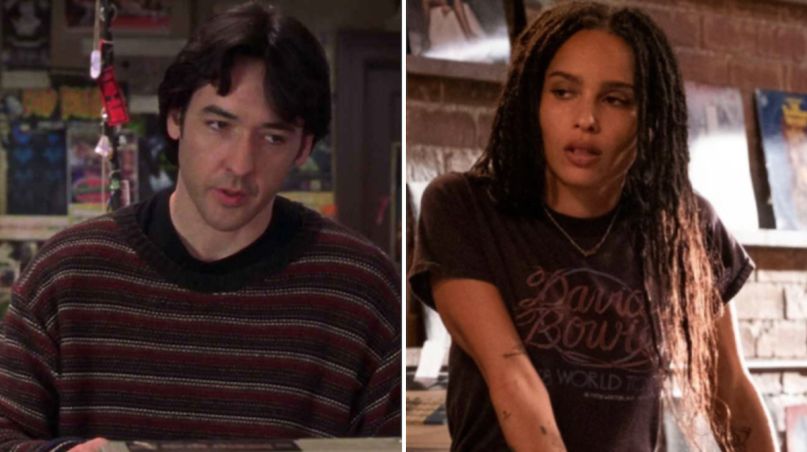 In celebration of the 20th anniversary of High Fidelity, Consequence of Sound this week published an extensive oral history on the beloved film. Contributing writer Andrew Buss meticulously traced the origins of the director Stephen Frears’ movie, chatting him as well as John Cusack, Jack Black, Iben Hjeljle, Todd Louiso, and original author Nick Hornby. Screenwriters D.V. DeVincentis and Steve Pink also participated, at one point revealing they have issues with not being credited on Hulu’s recent TV adaptation of the story.

According to the writers, they chose not to watch the High Fidelity series after reading the pilot teleplay and realizing much of it was based on their work. “I was kind of stunned to find our writing in their script. Like, a lot of it,” DeVincentis said. “Just lifted from the screenplay of the movie and dropped down into the TV show. I’d never seen anything like it.”

Hulu’s show is credited as an adaptation of Hornby’s book, not the 2000 film, so the writing credits mainly went to series co-creators Sarah Kucserka and Veronica West. But while Pink applauded the way the show “embraced our vision and took it further in some ways and spun it in other ways,” he added that, “The problem is that it’s a remake of our movie. It’s not not a remake. You can’t look at the TV show and look at our movie and think that the TV show was not a remake. I don’t know how with an honest face you could make that determination.”

In fact, said DeVincentis, “…There were entire scenes, concepts, shots, and dialogue lifted directly from the movie — again not from the book — without any credit or attribution. Like, even an Easter egg in-joke I laid in to a record store scene for a friend — the meaning of which the TV writers could never know — was simply lifted and dropped into their teleplay with the rest of it.”

Pink and DeVincentis argued that the show features numerous moments from “our material and not from the book,” such as characters turning to the camera “at the exact moment” as they do in the movie. Still, Pink emphasized that while he’s “flattered by their desire to embrace our work” and doesn’t “even necessarily blame them,” it’s a matter of principle:

The reason they never had the chance to make that argument is a matter of Writers Guild of America rules. Apparently, the studio had initially included DeVincentis and Pink as “participating writers” on an early notice from the studio. That designation would have allowed them to arbitrate for credit on the show. However, a notice from Disney issued to the WGA just a week later had their names removed.

As for the creators and writers of Hulu’s High Fidelity, West said, “You know, I don’t really want to comment on the way it’s credited because I honestly didn’t have anything to do with how that was determined.”

DeVincentis described the slight as “re-traumatizing” after what had happened on the original High Fidelity screenplay. Screenwriter Scott Rosenberg had taken an early pass at the script that was very different from the final version. Despite apparently admitting to Pink and DeVincentis that he knew nothing in their work was based off his own, a now defunct WGA rule allowed him to successfully arbitrate for credit on the film.

“…Again someone putting their name on your passion, on something you toiled to create,” said DeVincentis, relating that original crediting drama to this new one. “So, I didn’t really feel like seeing the show. It just really hurt, you know?”

To learn more about the Rosenberg incident — and all the stories behind High Fidelity, like how Liz Phair was almost cast in Lisa Bonet’s role — read the full, extensive oral history.