20 years' worth of music from the cult web series 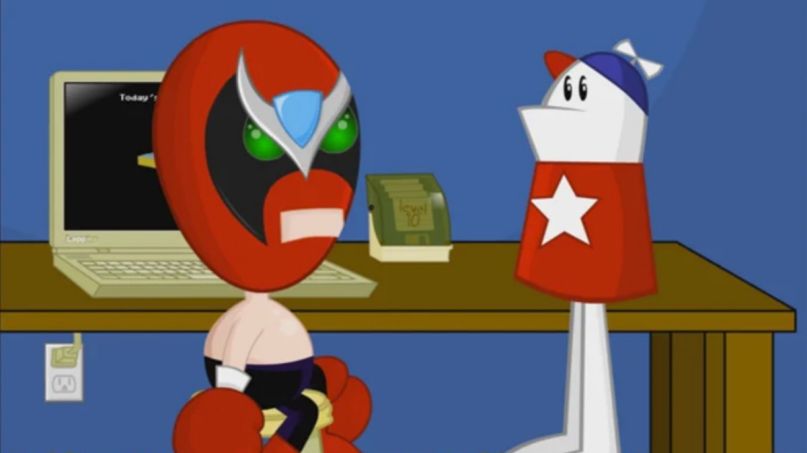 It’s time to update your Flash settings. In an unexpected turn of nostalgia, Homestar Runner — the surreal comedy series behind Strong Bad, the fan-favorite cartoon wrestler of millennials — has just shared 180 tracks of music. The collection, Homestar Runner Original Soundtrack: Songs, Background Music, Jingles, and Worse, is streaming below via YouTube.

This album is technically comprised of three volumes that, when combined, span 20 years’ worth of music from the cult website, reports Nerdist. Strong Bad’s Twitter account shared the news on April 10th along with a miniature FAQ, essentially giving creators space to clarify what all of this music is exactly.

Get ready for a trip down webcomic memory lane. Everything from the Everybody, Everybody theme song to the classic Teen Girl Squad cheer “Valentimes” is available to stream. That said, a handful of other tracks are missing, because even more releases will drop soon.

“Never fear if your fav jams aren’t here yet,” Strong Bad tweeted. “There was a 60 track limit per album but we can definitely fill a Volume 4! Also, Limozeen, Videlectrix, and sloshy will be getting their own releases soon!”

It’s strangely delightful to recall The Ugly One’s bad luck or Trogdor’s gimmicks by way of dozens of musical cues, but that’s exactly what will happen when you give the soundtrack a spin. In addition to Youtube, Volume 1, Volume 2, and Volume 3 can also be found on Spotify, Apple Music, TIDAL, and pretty much every other streaming service except Bandcamp. How come? Well, apparently because that’s Strong Sad’s territory.

“My styles currently aren’t enrolled in Bandcamp for this summer but Strong Sad probably is, that loser,” tweeted Strong Bad. “He goes to Elephant 6 Band Camp, appropriately, where he probably plays a stylophone duct taped to a xylophone.” Lo and behold, he found the instrument as proof shortly afterwards.

I just dropped 3 volumes, 180 tracks of background music, jingles, and songs from 20 years of https://t.co/tRGATgfgGg! Shuffle these nuggets onto your day like croutons on a life salad! Out now on all your fav music streamins!https://t.co/mjBcumFc9x pic.twitter.com/bgZkk6iIWd