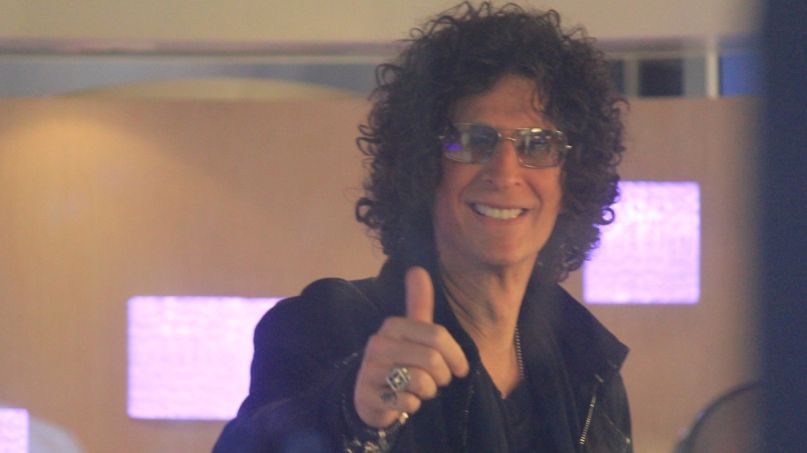 When he’s not letting artists like Spoon and Harry Styles belt cover songs on air, Howard Stern is busy working on his usual shtick on SiriusXM: drumming up controversy and mocking politics. On Monday’s episode of The Howard Stern Show, the radio host officially endorsed Joe Biden for president, while also encouraging Donald Trump voters to drink bleach en masse.

Stern decided to go big during the the latest episode of his SiriusXM show, likely because he had just come back from a week-long break. He wasted no time discussing President Trump’s mind-numbingly and reductive suggestion that injecting disinfectant might be the cure for COVID-19. The host dreamed up a cocktail of household cleaning items and imagined what it would be like if Trump and his supporters passed out dead from drinking it.

“I would love it if Donald would get on TV and take an injection of Clorox and let’s see if his theory works,” said Stern. “Hold a big rally, say fuck this coronavirus, with all of his followers, and let them hug each other and kiss each other and have a big rally… and all take disinfectant and all drop dead.”

Upon hearing Stern’s comment, one listener called in to fret about making such a big “political” stance on air. “I don’t recognize any of this as being Republican; I don’t recognize it as being anything political,” Stern responded. “I see it as insanity. I don’t know what is going on there, but I don’t have a good feeling.”

Though Stern previously described Trump as “one of the top five guests” on the history of his show,  the broadcaster made sure to establish that he falls on the left side of the political spectrum by formally saying Biden has his endorsement in the 2020 Presidential Election — or rather, whoever (or whatever) it is that runs against Trump come November.

“I am all-in on Joe Biden,” said Stern. “You see the wall that’s right next to you, I’ll vote for the wall over a guy who tells me that I should pour Clorox into my mouth. Listen, I think we are in deep shit. I think we could have been ahead of this curve.”

Previously, Stern went on the record to say that he thinks Trump’s presidential campaign was “no doubt” a publicity stunt. If all of this banter has you itching to hear more of Stern’s opinions, then now is the time to consider signing up for SiriusXM: their premium streaming service is available for free now through May 15th.