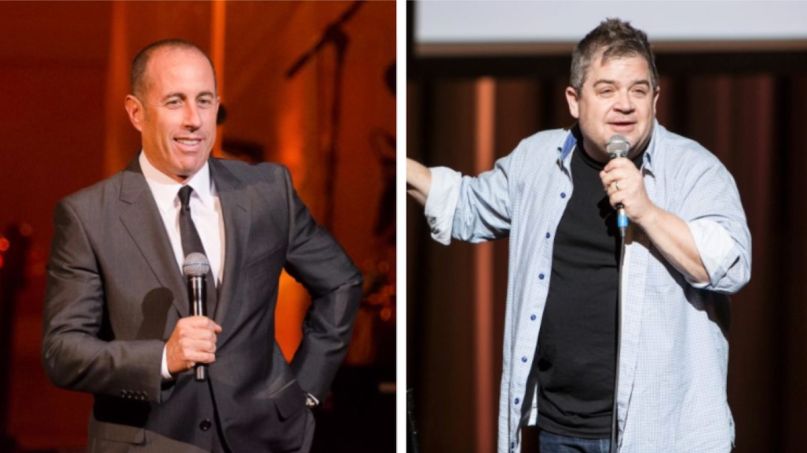 Quarantining with movies and TV just got more fun. As it turns out, both Jerry Seinfeld and Patton Oswalt have announced new standup comedy specials coming to Netflix next month, according to Deadline.

The first one to air will be Seinfeld’s special 23 Hours to Kill, which is scheduled to hit Netflix on May 5th. The title comes from his regular observation-turned-joke: comedians hurry through their days just to get to the night, eager to start making a crowd laugh during their next one-hour set. We don’t know which quips exactly will be in the special, but we do know that it was recorded at a recent performance at Beacon Theatre in New York.

Oswalt’s special, I Love Everything, arrives a few weeks later on May 19th. In a recent interview on Kyle Meredith With…, Oswalt revealed that his new Netflix standup will see him poking fun at entering his 50s, detailing the hijinks his daughter gets up to, and noting the trials and errors of buying a house. Allegedly it will come with an extra one-hour special centered around veteran comedian Bob Rubin, too, notes Variety.

In the midst of a grave global pandemic, there’s nothing better to momentarily escape reality with and lift your spirits than some genuine laughter. Besides, no matter what subjects Seinfeld and Oswalt decide to cover in their comedy sets, it surely can’t be as bad as Louis C.K.’s newest special.

In the meantime, you can see these two cracking jokes alongside some of the best comedians in the business this month. Oswalt recently joined Adam Sandler, Whitney Cummings, Bob Saget, Iliza Shlesinger, and more for LAUGH AID, a COVID-19 benefit livestream that you can re-watch. And later, on April 27th, the stacked Netflix Is a Joke Fest will bring over 100 performers to the digital stage to make you laugh, including Seinfeld, Dave Chappelle, Margaret Cho, Wanda Sykes, Jenny Slate, Jamie Foxx, and dozens more.