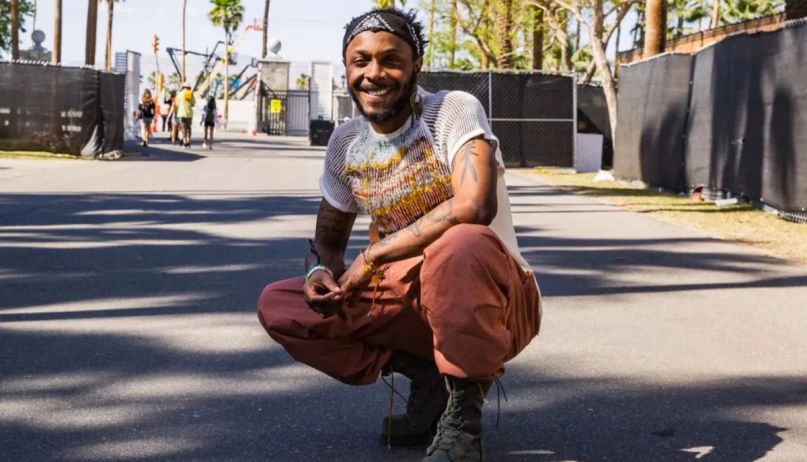 Having dropped his All My Heroes Are Cornballs album last fall, JPEGMAFIA has spent 2020 releasing monthly exclamatory tracks as part of his HTBAR (How to Build a Relationship) singles series. “BALD!” came in February, followed by “Covered in Money!” in March. For the rapper/singer/producer’s April contribution, JPEGMAFIA has today shared “BODYGUARD!”.

An Auto-Tuned R&B jam, “BODYGUARD!” finds Peggy crooning to a woman who sees through his “bitches gotta earn me/ I’m too hard” persona. “Why you wanna hurt me babe?/ How you see through my act?/ Please hit me back,” he sings on the self-produced song.

JPEGMAFIA also directed the low-budget music video for the cut. Shot through something that’s either an empty bottle or an underwater camera housing, the clip centers on Peggy singing while bathed in blue light. Take a look below.