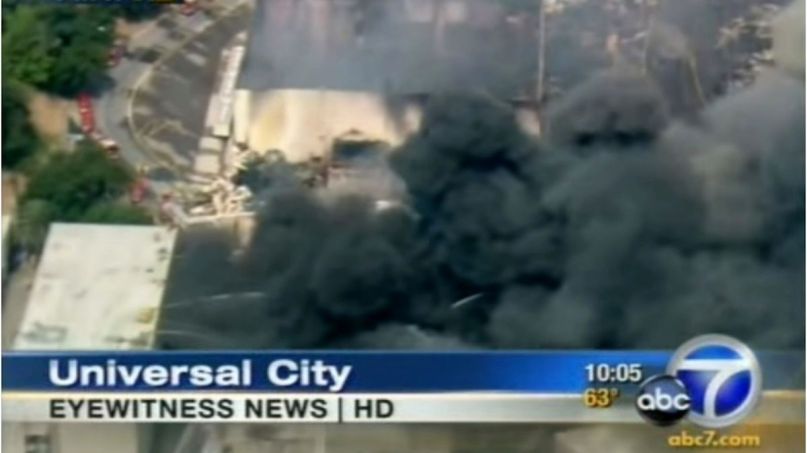 Back in 2008, a massive fire burned down a Universal Music Group warehouse in Florida. In a New York Times exposé last year, it was reported that at least 500,000 high-quality master recordings were damaged in the account, including the original masters to Nirvana’s Nevermind and a vast majority of Beck’s music. What’s more, the NYT said Universal had never informed the artists impacted by the fire about the fire in the first place.

As a result of the damning NYT article, a number of artists — including Soundgarden, Hole, Steve Earle, and the estates of Tom Petty and Tupac Shakur — banded together to file a class action lawsuit against Universal. The suit accused Universal of hiding the extent of the fire damage and not doing enough to prevent such an accident from occurring. Additionally, the plaintiffs accused Universal of simultaneously pursuing litigation and insurance claims to recoup their financial losses. Universal had in fact flip-flopped on the actual number of artists affected by the blaze — the company initially tallied 17,000 while suing for damages, but eventually walked that number back down to 19 when actually facing the threat of lawsuits.

According to Rolling Stone, on Monday the judge presiding over the case officially decided to dismiss the lawsuit against Universal. Specifically, Judge John A. Kronstadt “dismissed five of the six causes contained in the original filing, including allegations of breach of contract, negligence, and reckless conduct.”

Judge Kronstadt’s decision came after four of the five plaintiffs — Hole, Soundgarden, Earle, and the Tupac estate — ended up dropping out of the suit. This meant the case then essentially rested entirely on the remaining plaintiff: Petty’s ex-wife Jane. The judge ultimately found enough holes in Petty’s complaint to dismiss all the significant elements of the lawsuit.

Judge Kronstadt “dismissed the argument that UMG was obligated to pay Petty a portion of the recovery settlement, which the plaintiff unsuccessfully tried to characterize as a ‘license’ that ought to pay out royalties,” according to Rolling Stone. The judge also rejected a bailment argument that Universal failed to care for a valuable in its possession because Universal — and not Petty — actually owned the master tapes.

As for the negligence portion of the suit, that was thrown out due to Petty’s standing contract with Universal, which never legally specified that Petty would be entitled to revenue from insurance claims. Additionally, there was no precedent “to support imposing a tort duty on UMG to exercise reasonable care to avoid economic loss in storing its own property — the Master Recordings.”

The suit’s claim of reckless conduct also was dismissed because the plaintiff “fail[ed] to allege adequately that UMG owed Plaintiff a duty of care as to the safekeeping of Master Recordings.”