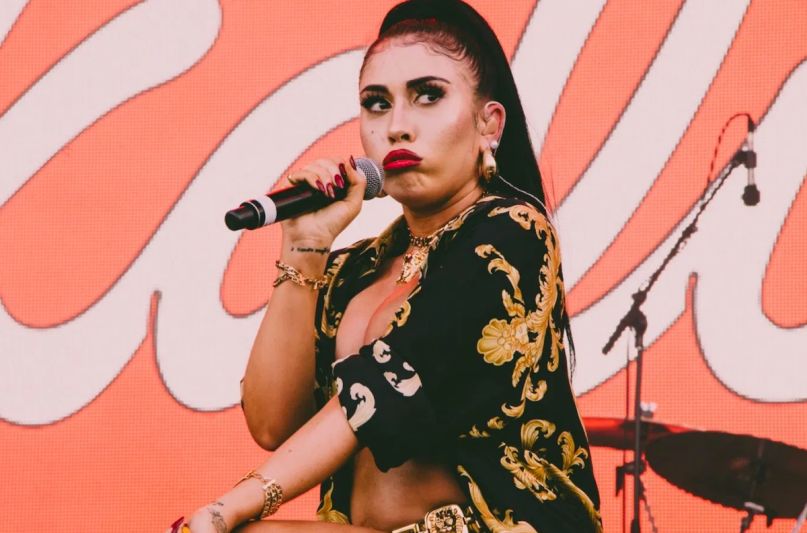 To hold fans over until a new album arrives, Kali Uchis has today released the To Feel Alive EP. A four-track collection of demos, it can be streamed below via Apple Music and Spotify.

Announcing the EP on Instagram, Uchis noted, “can’t give you my album yet, but i recorded some demos in my room for u.” She added in a tweet, “it will be a 4 song ep i made in a couple days, during quarantine. recorded all of it alone, in my room, bcoz i won’t roll out my real album right now, but wanna give my babies Something ٩(˘◡˘)۶ nobody needs to listen to it, & i don’t want ANYONE to buy it. thank u.”

Even before a single song from the effort was heard, it was drawing buzz thanks to its NSFW cover art. According to Uchis, the drawing features “the isolation era of me eating the por vida era of me’s pussy.” Those eras refer to her 2018 debut full-length, Isolation, and her debut EP from 2015, Por Vida.

To Feel Alive follows a number of feature appearances from Uchis. She joined Little Dragon on “Are You Feeling Sad?”, hopped on Kaytranada’s “10%”, and cameoed in Thundercat’s recent “Dragonball Durag” video. Back in December, she put out her first-ever bilingual single, “Solita”.

Listen to To Feel Alive in full below.