Kanye West is a Billionaire

Based on financial documents, Forbes estimates his net worth to be $1.26 billion 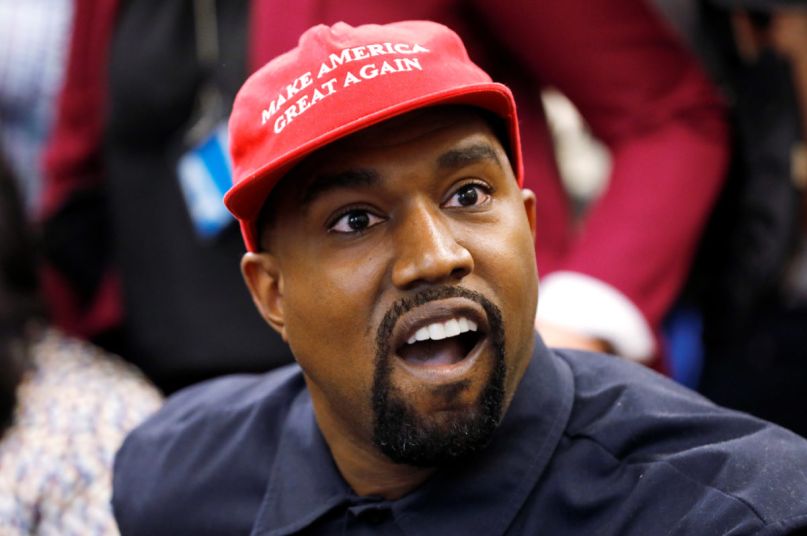 Those Trump tax cuts are really paying off for Kanye West: Forbes reports that the Chicago-born polymath recently became a billionaire.

Based on financial documents reviewed by Forbes, West’s net worth currently stands at $1.26 billion dollars.

Regardless of your view of West, it’s a remarkable achievement, especially when you consider how far he’s come from. Less than five years ago, West publicly announced himself to be $53 million in debt. But after striking a deal with adidas to expand his Yeezy apparel brand, his income skyrocketed. Last year alone, according to Forbes, West’s Yeezy sneakers sold $1.3 billion, with West himself personally pocketing $140 million in royalties.

On the music side, West’s recordings and publishing rights are valued at around $90 million, Forbes reports.

Much of West’s investments are tired up in buildings and land — which make sense, given that he is currently constructing a compound in Wyoming. He’s also spent nearly $4 million in “vehicles” and $300,00 in livestock.

It’s worth noting that West estimates his net worth to be closer to $3 billion, “based on the idea that [his] business is infinitely portable.” He was apparently miffed when Forbes failed to recognize his billionaire status last year (which was because he failed to provide the publication with the proper finical documents). After being alerted that Forbes estimated his wealth to be $1.26 billion, West responded in a text: “It’s not a billion. It’s $3.3 billion since no one at Forbes knows how to count.”