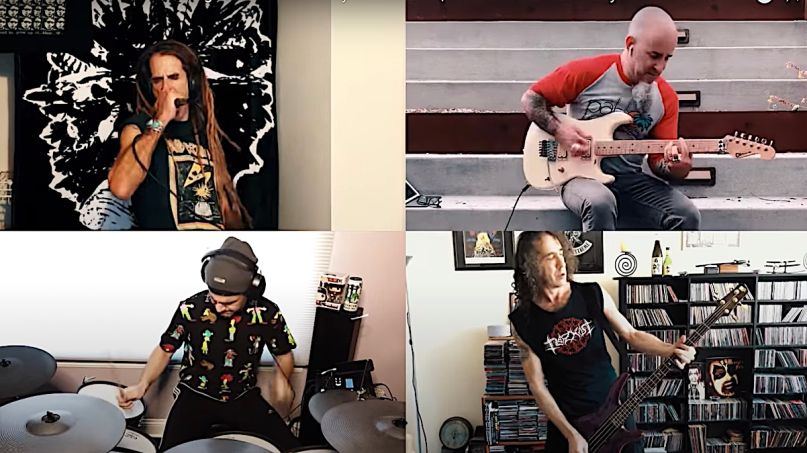 These socially distant performances are getting more and more impressive. The latest features Lamb of God singer Randy Blythe teaming up with members of Anthrax to rip through a pair of tunes by UK hardcore pioneers Discharge.

Blythe, Benante, and Lilker are perform from their respective homes, while Ian is seated outdoors on a set of concrete steps, and the result is a cohesive yet crushing take on both songs, as seen below.

Benante has been spearheading a number of quarantine performances, including a new cover of Tom Petty’s “You’re So Bad” with Butcher Babies singer Carla Harvey and Suicidal Tendencies bassist Ra Diaz, also seen below. A couple weeks ago, Benante teamed up with Diaz and Testament’s Alex Skolnick for a rendition of the Rush classic “YYZ”.

Lamb of God recently announced that their new self-titled album had been pushed from a May 8th release to June 19th due to the current pandemic. Our recent video interview with Randy Blythe can be seen below, as well.