Unable to tour, the band may instead hit the studio 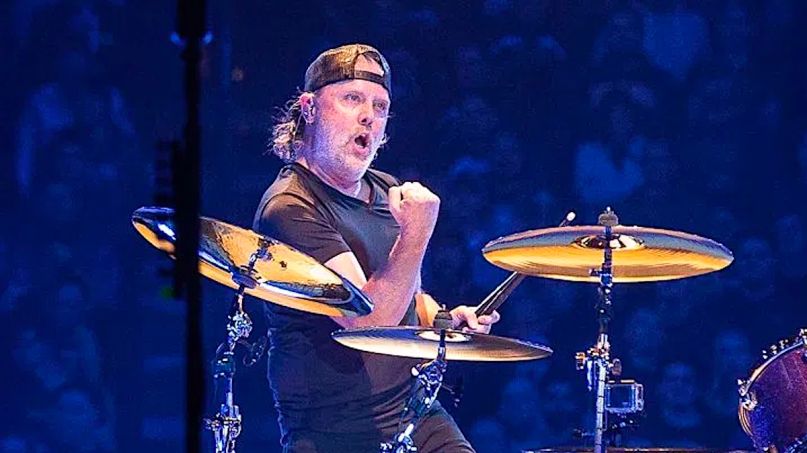 Metallica’s Lars Ulrich participated in an online chat on Tuesday, discussing the COVID-19 pandemic and how it is affecting the band and the world as a whole. He also revealed that Metallica could get together to write and record a new album in quarantine.

Ulrich spoke with his friend Marc Benioff, CEO of Salesforce, for an hour during a live chat session that streamed on Facebook and Twitter. At one point he discussed Metallica’s touring plans, mentioning that their spring dates have been postponed or canceled, and even their headlining slot at Louder Than Life in September had been nixed after that festival was just canceled.

“I don’t know what the rest of those rescheduled dates will look like,” admitted Ulrich. “I hope, obviously, that we can come out and play and that we can connect and we can bring people together in these situations through music, but you and I both know, and everybody listening in and watching knows that there’s a significant chance that none of those dates are gonna happen, because the idea of bringing tens of thousands of people together in concert settings is maybe just not the right idea for the health and safety of everybody in 2020.”

As for Metallica’s plans to potentially get together to write and record a follow-up to 2016’s Hardwired … To Self-Destruct, Ulrich said, “What will the next couple of months look like? What will the rest of the year look like? And what will, obviously, say, the next decade look like in terms of how do we create, how do we write music, how do we record music, how do we share music, and how is it all gonna look with the uncertainties ahead of us.”

He added, “Like I said, the guys in Metallica, as we sit here and go, well, maybe in a month or two from now, is there a chance that the four of us can be together maybe at our studio here in Northern California, if the quarantine and stay-at-home orders subside — so on and so forth.”

The drummer continued, “Will there be a Metallica quarantine record? I can’t tell you, because, again, I don’t know how long the quarantine will last. But if you and I and the rest of the world are sitting here six months from now or a year from now, I’d say there’s a very good chance.”

Toward the end of the chat, Ulrich mentioned how he had been jamming at his home studio with his children. In fact, he shared footage of his college-aged sons Myles and Layne performing in the studio. One clip shows Layne playing bass on The Beatles’ “Blackbird” and another clip shows Myles (drums) and Layne rocking a metal version of The Beatles’ “Eleanor Rigby”.

Update: After the Salesforce livestream aired, Ulrich spoke about his sons with Rolling Stone, saying of the “Eleanor Rigby” performance, “I was like, ‘You know what, boys? You done me proud.’” Asked whether his sons were fans of Metallica, Ulrich responded, “I don’t know if ‘fans’ is the first word I’d use. But I think they respect it. They’re appreciative.”

Watch the full conversation with Lars Ulrlch in the Facebook video below, including his sons’ performances at roughly the 39-minute mark.

Fans can also catch Metallica in concert each week as part of the band’s new #MetallicaMondays streaming series. The latest edition features the band’s full 1991 show in Michigan in support of “The Black Album”.