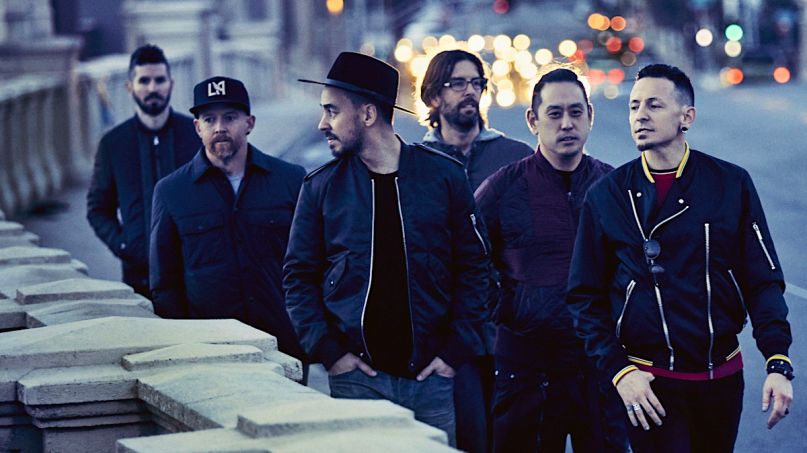 When singer Chester Bennington tragically took his own life in July 2017, the present and future plans of Linkin Park came to an immediate standstill. Now, bassist Dave “Phoenix” Farrell says the surviving band members have been writing new music and “working up ideas.”

For the most part, other than co-vocalist Mike Shinoda (who released his debut solo album in 2018), the Linkin Park members have remained fairly quiet in the nearly three years since Bennington’s death. The future of the band remains uncertain, but Phoenix revealed in a new interview that the members were collaborating prior to the current COVID-19 pandemic.

Appearing on a recent episode of the online show “Dan Really Likes Wine”, Phoenix said, “For us, with the band, we’ve been kinda writing and doing that whole bit before this [pandemic] started, so casually at this point we’re doing Zoom meetings to eat lunch together and say, ‘Hi.’ But we’re not able to get together and write or do that whole bit. So working at home a little bit, working up ideas.”

Phoenix added that he’s also “been playing a lot of drums” for the past year and half “just to do something new.”

Whether the new writing sessions will be for Linkin Park or a new project remains to be seen. Mike Shinoda said last year that any future developments with Linkin Park would have to “happen naturally.”

Shinoda added in that 2019 interview, “If we find somebody that’s a great person that we think is a good personality fit and a good stylistic fit, then I could see trying to do some stuff with somebody. Not for the sake of replacing… I wouldn’t wanna ever feel like we were replacing Chester.”

In the meantime, Chester Bennington’s early band Grey Daze is set to release a new album featuring the singer’s old vocal tracks on top of newly recorded music. The LP, titled Amends, was originally set to be released on April 10th, but has been pushed to June 26th due to the pandemic. It’s available for pre-order here.