Plus, David Arquette was initially offered the role of Dick and Jack Black nearly passed on playing Barry 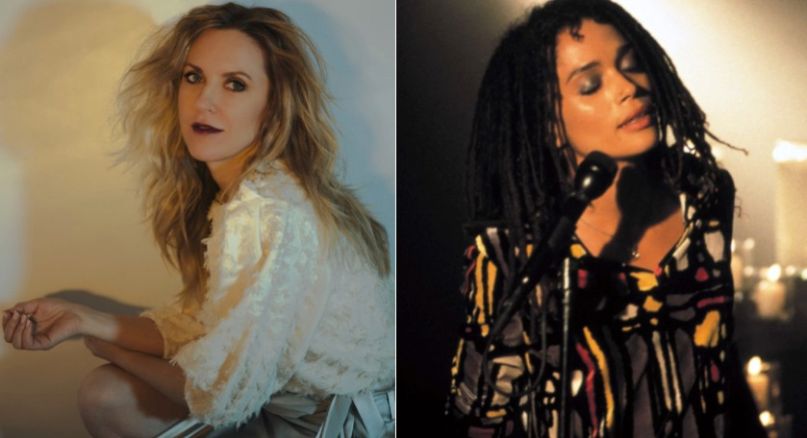 This week, Consequence of Sound published an extensive oral history on the making of High Fidelity, which recently celebrated its 20th anniversary. In retracing the steps of how it all came together, contributing writer Andrew Buss spoke with cast members John Cusack, Jack Black, Iben Hjeljle, and Todd Louiso, director Stephen Frears, High Fidelity author Nick Hornby, and many other central figures from the film’s cast and crew.

One major revelation was the near casting of singer-songwriter Liz Phair for the role of Cusack’s ex-girlfriend, Marie. “I was really pushing for Liz Phair because she and I were old friends from North Chicago. And I thought Liz would kill it,” screenwriter D.V. DeVincentis divulged to CoS.

“So, we actually had a read through of the script in Chicago with Liz reading the role,” Devincentis added. “We did it at Joanie Cusack’s house. And she was totally great. And we’re like, ‘She’s an actress. Oh my God!”

Ultimately, Lisa Bonet was cast as Marie, because as screenwriter Steve Pink explained, “we wanted her to be mystifying.”

“In the book [Marie] was like this American singer-songwriter. So, we were trying to think about, ‘Who would be outside of Rob’s reference level?’ Because we wanted her to be mystifying,” Pink noted. “Well, if it was Jewel or someone like that, that wouldn’t be odd to a white dude in Chicago. So, we wanted to find someone who could play it with this mysterious quality that he could be awed by, who was also in the music world. And I don’t remember how [Bonet’s] name came up, but I remember thinking it was brilliant.”

The film also nearly featured a different actor playing the role of Dick. Todd Louiso, who ended up being cast as the character, revealed that David Arquette had initially been offered the role, but turned it down. “So then glory came,” Louiso quipped.

Elsewhere, Jack Black revealed that he himself almost turned down the role of Barry due to concerns it would impact his music career. “I was just worried that, at the time, Tenacious D had a full head of steam, and we were getting great crowds and were playing to big houses,” Black recounted. “And I had, in my mind, a legitimate rock and roll career, separate from film and television, that I wanted to protect. And to do a movie about music, playing sort of a music critic and talking about some of my heroes like Kurt Cobain … just all those elements made me nervous about messing with this thing that was my own little crown jewel of my life and career up to that moment. I was hesitant to fuck with that.”

Ultimately, it was director Stephen Frears who convinced Black to take the role. “I told him about my fears, and he just thought it was funny that I was passing. Because it was obvious to him and to anyone in my life that this was a no-brainer. And it would be a huge mistake to bail on it for any reason other than I just didn’t like it. And that was not the case. I loved the script and I loved Stephen and I realized that I was just passing on it out of fear. And that was not a good reason. And so I said, ‘Okay, I’ll do it.'”

You can learn more about the making of High Fidelity by reading the oral history in full.