Louder Than Life, Bourbon & Beyond, and Hometown Rising Festivals Canceled Due to COVID-19 Pandemic

The Louisville festivals were set for September, with Metallica headlining Louder Than Life 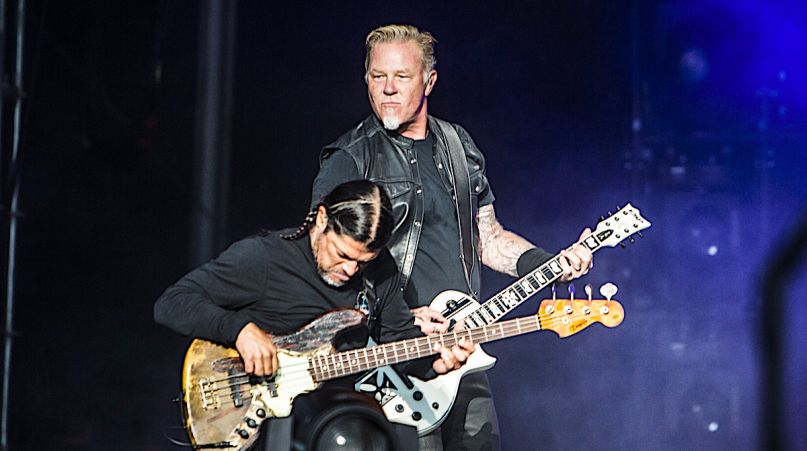 The 2020 editions of Louder Than Life, Bourbon & Beyond, and Hometown Rising — three major September festivals set to take place in Louisville, Kentucky — have each been canceled due to the coronavirus pandemic. The news was announced Friday by Danny Wimmer Presents, promoter of all three events.

The cancellation is particularly a gut-punch with regards to the massive rock fest Louder Than Life. After DWP had canceled all of its spring rock fests — Welcome to Rockville, Epicenter, and Sonic Temple — a fourth day had been added to Louder Than Life to allow Metallica to headline on Thursday night. While the rest of the lineup had not been revealed, Louder Than Life usually books a who’s who of major hard rock and metal acts. The 2020 edition had been scheduled for September 17th-20th.

Bourbon & Beyond, which typically features a three-day bill of notable heritage, indie, and classic rock bands, was slated to take place September 25th-27th. No lineup had been announced leading up to the cancellation.

Danny Wimmer Presents issued the following statement explaining the decision to cancel all three festivals, which are collectively promoted as the Louisville Trifesta:

“In our heart of hearts we hoped and prayed that COVID-19 would not prevent us from having the 2020 Louisville Trifesta. In what feels like a repetitive bad dream, we now have to announce that Hometown Rising, Louder Than Life and Bourbon & Beyond festivals, held at Highland Festival Grounds at Kentucky Exposition Center in Louisville, KY, are being cancelled for 2020. We are working really hard to bring as much of our 2020 lineups back to 2021.

Even though the festivals are not until September, the advanced planning realities of producing three back-to-back-to-back events have necessitated that a decision be made sooner than later. Our decision also conforms with the advice of health officials.

As with our other cancelled events, we will be offering full refunds to our fans. All purchasers (including transfers from Welcome to Rockville, Sonic Temple and Epicenter) will be notified of their options and procedures via email next week.

We are truly heartbroken it has come to this. We want to thank you for your patience, support and loyalty. We hope you are staying safe as well as physically and mentally well. We are blessed to have such an amazing Festival Family, and together, as a community, we will get through this.

The current pandemic has brought the concert industry to a standstill. A number of other high-profile spring festivals have been rescheduled for the fall, but this latest cancellation doesn’t bode well for those events. At least one health expert predicted concerts and festivals won’t return until fall 2021. Keep up with the latest postponements and cancellations with this updated list.