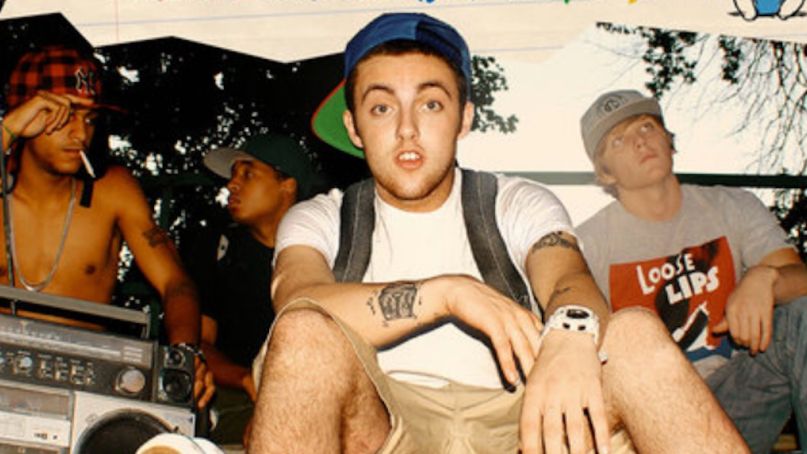 Mac Miller’s breakout 2010 mixtape, K.I.D.S., has finally arrived on streaming services as of today. Listen to the 17-track release below via Apple Music or Spotify.

K.I.D.S. — an acronym for Kickin’ Incredibly Dope Shit — has long been a fan favorite in Miller’s catalog, but hasn’t been available to formally stream online beyond free downloads and YouTube pages. The release originally dropped on August 13th, 2010 via Rostrum Records. After Miller’s unexpected death, the label decided they would upload his beloved mixtape to give it the credit it, and he, deserves.

“I’m excited to announce that “K.I.D.S.” will be available on all streaming services later this year!” Rostrum Records founder Benji Grinberg wrote on Instagram in 2019. “After Macadelic came out, Mac asked if we could clear this one next. It has been challenging but we are getting through it. We miss Mac every day and we see our job as making sure his music lives on. We love you, Mac.”

In an old interview filmed shortly after the release of K.I.D.S., Miller said he made the mixtape to prove he was serious about freestyling. It’s endearing to see the late rapper eager to get his career going — all the while unaware of just how famous he was about to become. “I know people are wondering, ‘Oh, can you really spit?’ So I went in there and laid some stuff down,” he said. “[Touring] is something I haven’t really done a lot because I’ve been working so hard on the mixtape and the music. I haven’t performed everywhere consistently all the time, but now I’m setting up shit… I want to do a lot of collabs with people, a lot more videos because people seem to like my videos, and more music and crazy ass shit. I’m just ready to grind.”

This news arrives a month after an equally hyped record, the deluxe edition of Miller’s first posthumous album, Circles, was released. According to his family, it was intended to be a companion album to 2018’s Swimming, as “Swimming in Circles was the concept” he ultimately wanted to create.

Following his death, Mac Miller was memorialized with an all-star tribute concert and messages of love from celebrities. A handful of Miller features soon appeared on tracks from The Free Nationals and Sia, as well as his own cover of Billy Preston’s “Nothing from Nothing”. The biggest tribute of all came from Ariana Grande, whose massive pop hit “thank u, next” praised Miller for the lessons he taught her.