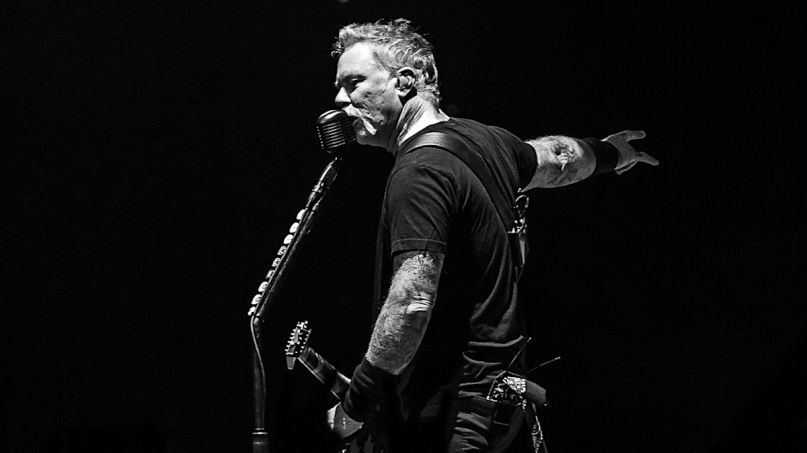 A couple weeks ago, Metallica launched a new online concert series, dubbed #MetallicaMondays, to help tide fans over as the touring industry remains shut down due to the COVID-19 pandemic. The band’s latest treat — set to stream beginning Monday, April 6th, at 8:00 p.m. ET — features the legendary metal act’s 2009 concert in Copenhagen, Denmark.

The Copenhagen concert was part of Metallica’s “World Magnetic Tour” in support of their 2008 album, Death Magnetic. According to Metallica.com, the July 22nd, 2009, show was comprised of 18 songs, including five tracks from Death Magnetic alongside classics like “Master of Puppets”, “Enter Sandman”, and set-closer “Seek and Destroy”.

Opening acts that night were Mastodon and Lamb of God, and the show was part of a five-night run in Copenhagen.

The “Live in Copenhagen” stream follows previous #MetallicaMondays concerts “Live in Paris” (2017) and “Live From Slane Castle” (2019). The concerts stay up on Metallica’s YouTube and Facebook channels for one week, until the new one is posted.

As for Metallica’s 2020 touring plans, the band had to postpone or cancel all spring shows due to the coronavirus pandemic. Their South American tour, which was set to kick off this month, has already been rescheduled for December. And they will no longer be headlining the Epicenter and Welcome to Rockville festivals, which were both canceled.

Metallica are also slated to headline the Louder Than Life Festival in Louisville, Kentucky, on September 17th, and the Aftershock fest taking place October 9th-11th in Sacramento, California.

Just a few days ago, Metallica pledged $350,000 to COVID-19 relief efforts through their All Within My Hands Foundation.

We’re heading back in time to the World Magnetic Tour for tonight’s edition of #MetallicaMondays! Tune in for free at 8 PM EDT / 5 PM PDT on YouTube or Facebook to catch Metallica: Live in Copenhagen – July 22, 2009. #StayHome pic.twitter.com/FD4vHHDk0p