#MetallicaMondays: Metallica Take a Trip Back to 1991 With Black Album Concert 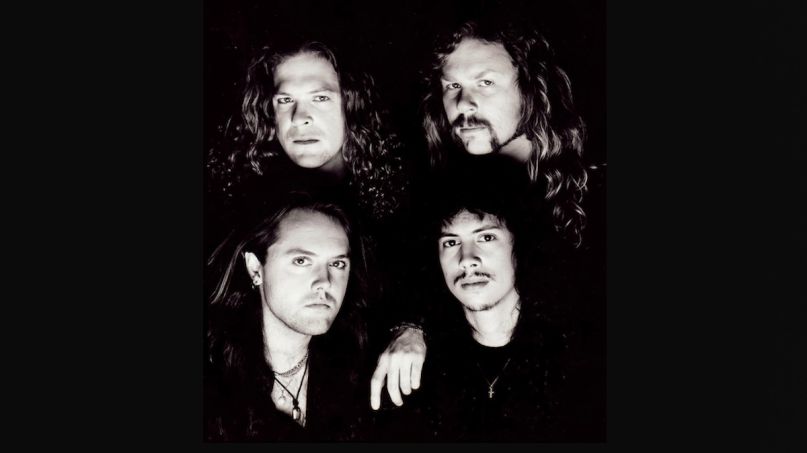 The weekly #MetallicaMondays series, in which Metallica stream full concerts online, continues with the band’s 1991 performance from Muskegon, Michigan.

The November 1st, 1991, concert saw Metallica at the start of their massive “Wherever We May Roam Tour” in support of “The Black Album”, which went on to become a multiplatinum smash. The setlist featured 21 songs, including four from “The Black Album”.

As Metallica mention in promoting the show, the quality is not exactly hi-def: “Get ready for a raw, grainy set from the beginning of the never ending Black Album tour!” Still, it captures the band during its rise from metal favorites to worldwide rock superstars.

Metallica announced the free streaming series after postponing or canceling all spring shows due to the coronavirus pandemic. Their South American leg with Greta Van Fleet was rescheduled to December, and headlining festival slots at Epicenter and Welcome to Rockville were canceled.

Up until last week, Metallica were slated to headline the Louder Than Life Festival in Louisville, Kentucky, on September 17th, but that festival has since been canceled, as well. As of now, the only U.S. gig still scheduled is a headlining performance at the Aftershock Festival, taking place October 9th-11th in Sacramento, California.

In addition to providing fans with free concert streams, Metallica recently announced that they have pledged $350,000 to COVID-19 relief through their All Within My Hands Foundation.

Watch Metallica’s “Live in Muskegon – November 1, 1991” show below beginning at 8:00 p.m. ET / 5:00 p.m. PT on Monday (April 27th). The shows remain posted on Metallica’s YouTube and Facebook channels for one week, until the next one is uploaded.

Additionally, Metallica drummer Lars Ulrich will take part in a fireside chat via Twitter with Salesforce CEO Mark Benioff on Tuesday (April 28th) at 1:00 p.m. ET / 10:00 a.m. PT. Get the details below.

Check out tonight’s #MetallicaMondays show, “Live in Muskegon – November 1, 1991.” Get ready for a raw, grainy set from the beginning of the never ending Black Album tour! Tune in for free at 5 PM PDT / 8 PM EDT. #StayHome pic.twitter.com/wsKJQlRzuk

On Tuesday, April 28 at 10AM PT, @larsulrich will be joining @Salesforce CEO, Marc @Benioff, for an installment of his live streamed fireside chat series to discuss how we're staying connected & giving back through @AWMHFoundation. #LeadingThroughChange #AWMH #MetallicaGivesBack pic.twitter.com/q4WQlccgeh

Setlist:
Enter Sandman
Creeping Death
Harvester of Sorrow
Welcome Home (Sanitarium)
Sad but True
Bass Solo (incl. My Friend of Misery/Orion)
Holier Than Thou
The Unforgiven
Eye of the Beholder / Blackened / The Frayed Ends of Sanity / …And Justice for All
Drum Solo
Guitar Solo (incl. Mistreated/Funeral March Of A Marionette)
The Four Horsemen
For Whom the Bell Tolls
Fade to Black
Whiplash