A surprise performance for SNL's latest "At Home" episode 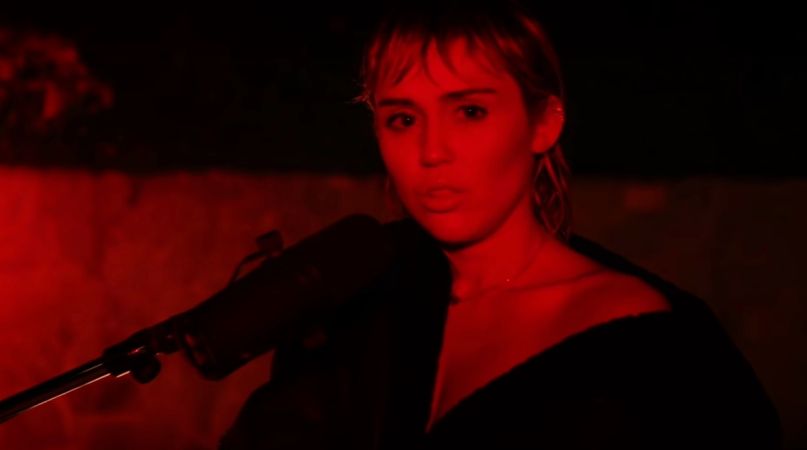 Miley Cyrus served as the surprise music guest for Saturday Night Live’s latest “At Home” episode. Sitting next to a campfire, the pop singer delivered a poignant cover of Pink Floyd’s “Wish You Were Here”. Watch the replay below. (If you’re wondering why Brad Pitt introduced her performance, it’s because he portrayed Dr. Anthony Fauci earlier in the episode.)

Cyrus has been on a classic rock covers kick as of late. During an appearance at the iHeartRadio late last year, she performed both Pink Floyd’s “Comfortably Numb” and Led Zeppelin’s “Black Dog”. Prior to that, while playing at Glastonbury last summer, she sang Metallica’s “Nothing Else Matters” and Nine Inch Nails’ “Head Like a Hole”. And before quarantine, she joined The Doors’ Robby Krieger on stage for “Roadhouse Blues”.