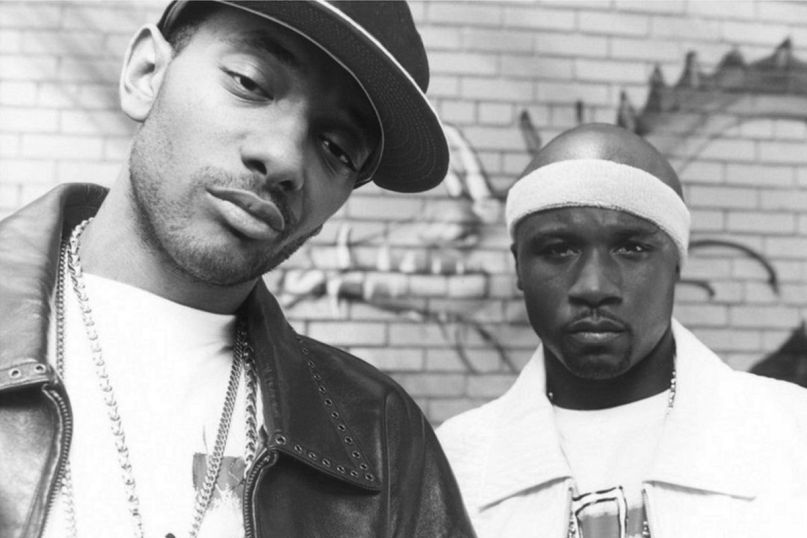 The Opus: The Infamous is currently ongoing, and you can subscribe now. To celebrate the new season, stream Mobb Deep’s iconic album via all major streaming services. You can also enter to win a copy of The Infamous on vinyl — signed by rapper Havoc himself.

The indelible legacy of Mobb Deep’s 1995 album, The Infamous, will be that it helped shift the content of hip-hop back towards a more journalistic, documentary style of music. At the time, Black cinema was also following a similar trend. Screenwriters and directors such as John Singleton, Ernest Dickerson, and the Hughes brothers made it a point to change the narrative of how a large number of people had previously viewed African American films.

Amidst the tumultuous years of the American civil rights movement, the great Nina Simone delivered perhaps her most recognizable quote: “An artist’s duty — as far as I’m concerned — is to reflect the times … that, to me, is my duty. And at this crucial time in our lives, when everything is so desperate, when every day is a matter of survival, I don’t think you can help but be involved.”

Our greatest creators, whether it be through the medium of painting, film, music, or literature, have crafted amazing works of art while doing so in the mindset of creating a product that reflected their encounters. A certain truth comes from that — an authenticity that sparks conversation and even change from others … hopefully for the better. Through her music, Simone held a mirror towards the face of America, prompting its citizens to take an honest look at the nation’s social climate, and the same can be said for Mobb Deep’s Havoc and Prodigy, along with countless other artists of African descent over the decades.

The Infamous’ goal of reporting on the actual state of the Black community through its uncompromising language, bleak outlook, and cinematic imagery is similar to how other artists had striven to communicate the struggle and desperation in their respective art forms during the years before and after the Los Angeles Riots in ‘92. One medium that arguably had the most profound effect on the public’s opinion would be the film industry. Its loudest voice during this era was a confident, intelligent, and fearless young director from Brooklyn named Spike Lee. His Oscar-nominated film Do the Right Thing explored a Brooklyn neighborhood’s simmering racial tension, along with the impending threat of violence in everyday life.

“I wanted to reflect the racial climate of New York City at that time. The day would get longer and hotter, and things would escalate until they exploded,” Lee explained in an interview with Rolling Stone in 2016. “I’m a New Yorker, so I know that after 95 degrees, the homicide rate and domestic abuse goes up — especially when you get that week-long or so heat wave.”

The most glaring parallel between The Infamous and Do the Right Thing is the strained relationship between lower-income-level African Americans and the local police department. Lee conveyed that message perfectly in his film’s climactic final scene, when the NYPD senselessly murder Radio Raheem in front of his entire neighborhood. Much like the consequences that slaves faced during their time in bondage, where the master would beat a “disobedient” slave in front of the others as a form of intimidation, Do the Right Thing included a direct representation of that. The themes of mistrust, fear, and cynicism towards police are rapped about throughout The Infamous, but on songs such as “Up North Trip” and “Temperature’s Rising”, these concepts are most prevalent. The dichotomy between white authority — plantation masters, Ku Klux Klan, police, etc. — and the economically weaker Black man or woman has long been a topic of discussion in American life.

The cinematic masterpieces Boyz n the Hood, Juice, and Menace II Society were constructed more in the ilk of what The Infamous represents. These films are cautionary tales about the horrors that confront Black youth in neighborhoods devastated by gangs, drugs, and violence; however, the themes of friendship and responsibility are also key messages in these films. “Cradle to the Grave” draws inspiration from them, with Prodigy making statements like: “While you was gone, we was goin’ to war/ And even more, saw my man layin’ dead on the floor/ Kid, I swore that our crew will live forever, I guess I was wrong/ No, until we meet again, hold ya head and stay strong.” These words are indicative of the threat of violence experienced from an early age, but they also depict a yearning for the human needs of love, camaraderie, and the desire to be a part of something — for better or for worse. It is also pivotal to point out that the fine line that separates life and death becomes blurred for many young, black males once virtue and morality get overwhelmed by desperation.

In a literary sense, Ernest Gaines’ novel A Lesson Before Dying sheds light on how the justice system has consistently failed people of color, either through apathy, corruption, or downright bigotry. Published in 1993, its plot takes place in the Jim Crow state of Arkansas. The book’s main character is an African American male who often feels helpless and alienated from his own country. He is cornered by different influences such as family issues and the neighborhood children’s need for guidance and positive leadership. The decisions that he has to make are not out of desire but due to his circumstances. This is a reality for far too many of the youth in urban areas across our nation. Havoc and Prodigy managed to internalize this struggle and ultimately set it down on wax with “Survival of the Fittest”. The sparse, ominous production was a direct result of their living conditions — a turbulent lifestyle where the drug trade became almost like a rite of passage for anyone born within the shadows of the Queensbridge Houses.

The process of recording music has long been associated with painting. A song and a painting are both “pieces of art,” so to speak, and require an imagination along with a unique perspective. The Louisiana-based artist Michael Ray Charles unveiled Forever Free (Bang Bang) in the same year that The Infamous was released. The combination of clashing colors, along with its themes of negative African American stereotypes, racism, violence, and misunderstood youth in impoverished areas, reveal an undeniable connection with Mobb Deep’s second album. Much like hip-hop music, Michael Ray Charles’ art was not always welcomed. “A lot of Blacks don’t want to see images like mine; perhaps they bring up too much pain,” asserted Charles in an excerpt from PRINT Magazine. “A lot of whites are embarrassed and feel ashamed by them.” This was a feeling that was common with previous generations — both black and white.

Havoc and Prodigy’s lyrics on The Infamous are at times violent, but most of all a documentation and truthful study of their surroundings. The landscape of African American art in the 1990s was disruptive, and it planted the seeds of equality on a worldwide scale. The gritty portrayal of the previously mentioned films, along with their underlying lessons, paved the way for many of hip-hop’s new acts to tell graphic stories about their experiences without apprehension. As the old adage goes: “Art imitates life,” and it’s clear that Mobb Deep drew inspiration from both.